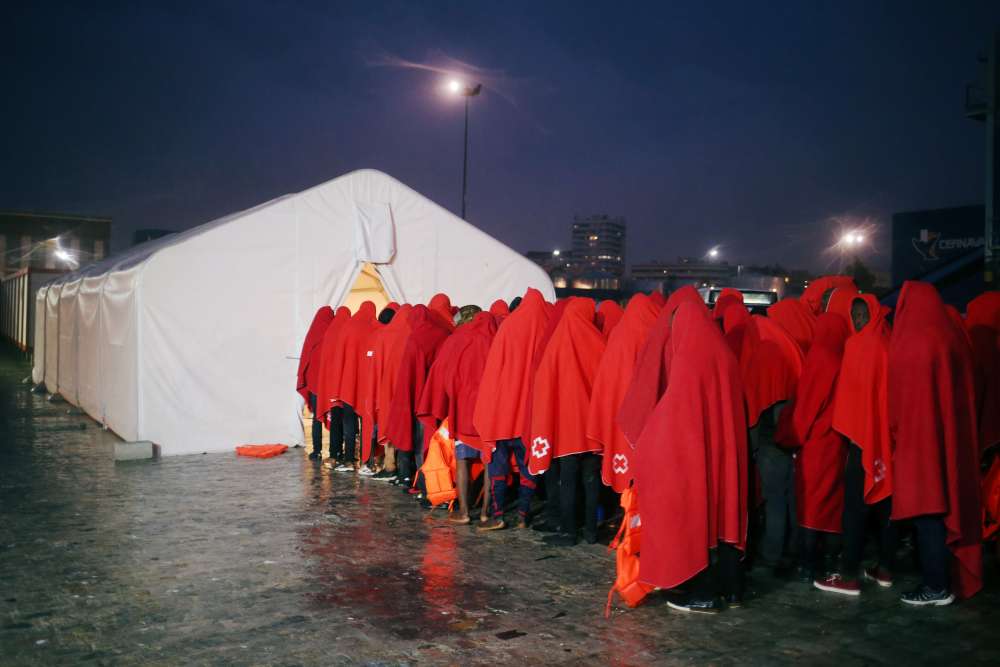 Some 95 migrants picked up by a cargo ship off the Libyan coast have refused to disembark in the western city of Misrata, officials from the United Nations and Libyan coast guard said on Monday.

The Libyan coast guard, supported by Italy, has stepped up patrols to stop boats with mainly African migrants from leaving Libyan shores for Europe.

A cargo ship bound for Misrata rescued on Thursday around 95 migrants whose boat was about to sink, Rida Essa, a Misrata-based coast guard commander, told Reuters.

He said coast guard vessels had been unable to reach the site of the accident so the cargo ship brought them to Misrata, Libya’s biggest port.

“They (migrants) did not want to leave the ship…We tried to negotiate with them and this has lasted for three days,” he said, adding that two migrants had eventually left.

The U.N. migration agency IOM said it had provided food, water and blankets but the migrants were refusing to leave the ship.

Migrants picked up by the Libyan guard are being brought to detention centers where they face ill-treatment and abuse, the U.N. refugee agency said in a report in September. Libyan officials deny this.

Libya’s western coast is a main departure point for migrants fleeing wars and poverty and hoping for new lives in Europe.

But since last year, smuggling networks inside Libya have been disrupted under an Italy-backed deal with local authorities in a former smuggling hub in western Libya.

By In Cyprus
Previous articleFighting eases in Yemen’s Hodeidah as Western pressure mounts
Next articleFund Management “part of the new beginning” for Cyprus, FinMin says