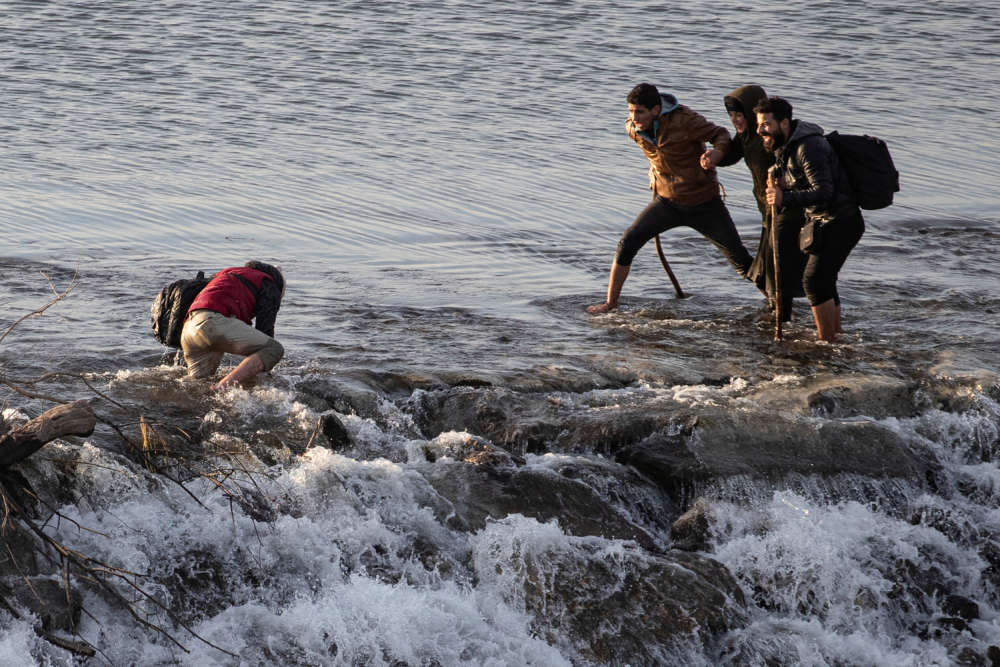 Greek police fired tear gas to repel hundreds of stone-throwing migrants who tried to force their way across the border from Turkey on Sunday, with thousands more behind them after Ankara relaxed curbs on their movement.

The Greek government called the confrontations a threat to national security. “Do not attempt to enter Greece illegally – you will be turned back,” Prime Minister Kyriakos Mitsotakis said on Twitter after a security meeting on the situation.

It was the second straight day of clashes at the border crossing near the northeastern Greek town of Kastanies.

Video footage provided by a Greek government source and seen by Reuters also appeared to show tear gas being fired from the Turkish side of the border at the Greek riot police.

“The present situation is an active, serious, severe and asymmetrical threat to the national security of the country,” Greek government spokesman Stelios Petsas told reporters.

“These … people are being used by Turkey as pawns to exert diplomatic pressure,” he added.

Turkey said on Thursday it would let migrants cross its borders into Europe, despite a commitment to hold them in its territory under a 2016 deal with the European Union.

Turkey’s turnabout came after an air strike killed 33 Turkish soldiers in its neighbour Syria, and appeared to be an effort to press for more EU support in tackling the refugee crisis from Syria’s civil war.

Ankara has dismissed Greek criticism of its decision to open the border and has condemned Greece‘s response to the migrants.

At least 600 people had arrived by sea on the Greek islands of Lesbos, Chios and Samos close to the Turkish coast within a few hours on Sunday morning, police said.

Along the northeastern mainland border, some migrants waded across a shallow section of the Evro River to the Greek side. Witnesses said there were groups of up to 30, including an Afghan mother with a five-day-old infant, by the side of a road after having forded the river.

The clashes occurred later in the day at the Kastanies crossing after riot police reinforced security there. No further details were immediately available as police were escorting reporters away from the scene, citing safety considerations.

The EU, its relations with Turkey tense over President Tayyip Erdogan’s crackdown on dissent and hydrocarbon drilling off Cyprus, scrambled to respond to the new migrant crisis.

Officials at EU headquarters in Brussels called for emergency meetings of migration and foreign ministers to decide next steps, while EU border agency Frontex said it was in talks with Greece to help it guard the bloc’s external frontier.

German Chancellor Angela Merkel had a phone call with Boyko Borissov, the prime minister of Bulgaria, which also shares a border with Turkey, and agreed for the need for talks with Ankara, a German government spokesman said.

The Greek Prime Minister said he and European Council head Charles Michel would visit the Evros land border with Turkey on Tuesday.

“THE BORDERS ARE SHUT”

The crisis poses the toughest test for Greece since 2015 when it came precariously close to bailing out of the euro zone, and also brings into focus longstanding tensions with Turkey.

An automated text message sent to mobile phones in the northern border areas of Greece said the country had increased its security to a maximum, urging people not to attempt to enter.

Greece‘s Skai TV said Greeks were using loudspeakers in the Kastanies border area to tell migrants, in English and Arabic, that they were not welcome: “The Borders are Shut!”

Greece was the main gateway for hundreds of thousands of asylum seekers into Europe in 2015-16. More than 40,000 migrants are stuck on the Aegean islands, living in severely overcrowded camps and filthy conditions.

A Greek government source put the number of people gathered on the Turkish side of the border on Sunday at 3,000, while the International Organization for Migration (IOM) estimated the number at 13,000.

On the island of Lesbos, a small group of Greeks attempted to prevent a dinghy full of migrants from coming in to berth at a harbour. “Go back to Turkey” a group of hooded individuals shouted.

Last week, there were clashes on Lesbos between riot police and locals protesting over a plan to create closed detention centres to house the migrant population. Local residents say the islands are carrying a disproportionate burden.