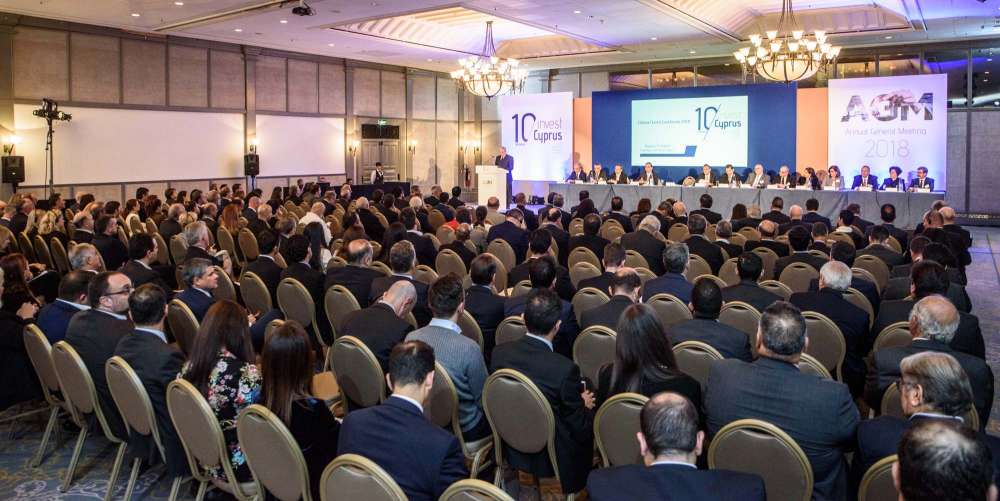 In his welcome address, the President congratulated Invest Cyprus for its work, underlining that Cyprus’ return to investment grade vindicated the government’s economic policies as well as the Agency’s wider efforts to achieve long-term economic growth.

On his part,  Michael said that this year marks an important milestone, since the AGM as well as the Agency’s 10-year anniversary, coincide with Cyprus’ return to investment grade.

“The government’s efforts in the past six years, the prudent fiscal management, the repositioning of the financial system on a healthier base and the attraction of investments, are the basic elements that determined the Cypriot economy’s return to growth”, he said.

Michael referred to the remarkable added-value investments materialised in Cyprus in the past years and were key for the country’s return to growth.

He further analysed the Agency’s actions in the past months that aimed to explore opportunities to attract investment, utilising the shift and developments in global economic arena.

Amongst others, he referred to Invest Cyprus’ initiatives to promote Cyprus as a complementary corporate base in view of Brexit, with the design of a specialised communications and lead generation strategy, the targeted pitching approach to identified companies, as well as the organisation of various different events, such as generic and sectorial roadshows, roundtable discussions, and business forums.

In the framework of the AGM and on the occasion of the tenth anniversary of the establishment of Invest Cyprus, the Agency’s Chairman honoured the Organisation’s two first Chairmen, Phidias Pilides and Christodoulos Angastiniotis, for their valuable contribution.