Mexico taking Rafael Marquez to world cup, but cloud may follow him 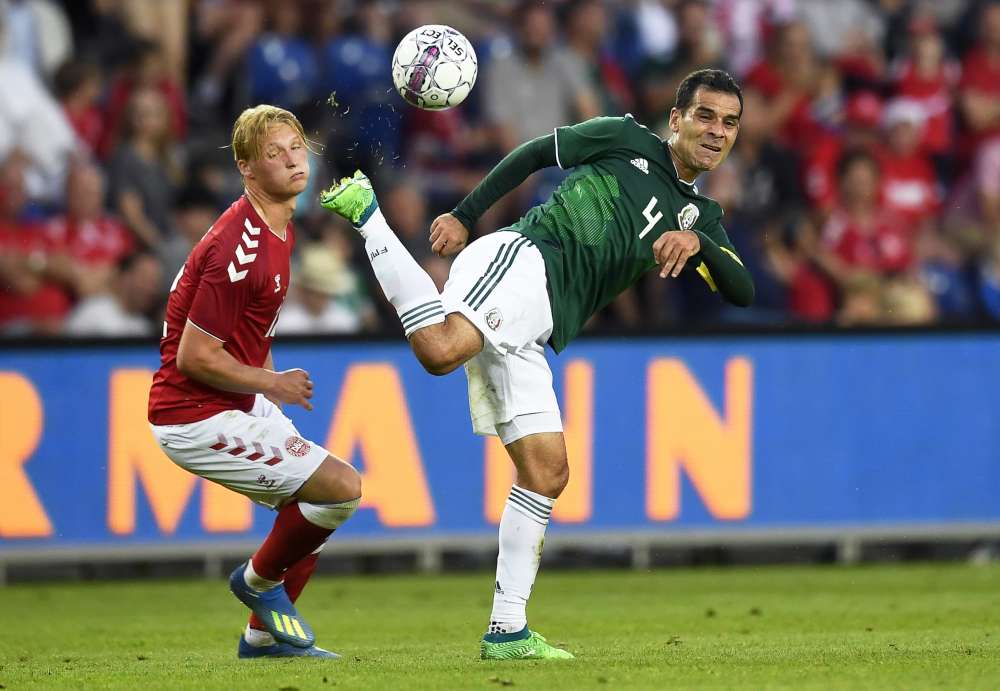 Rafael Márquez was named to Mexico’s World Cup roster on Monday, giving the veteran defender the chance to become only the third player to play in five World Cups. He will be the first to do so while under sanction from the U.S. Treasury Department.

Márquez, 39, will travel to Russia this month under a strange cloud related to a designation applied to him last August by the Treasury Department, which has accused him and several of his businesses of holding assets and acting as fronts for a man it says is the leader of a drug trafficking organization. A position on the list generally prohibits Americans or companies that operate in the United States from business dealings with individuals in any way.

That status had kept Márquez off Mexico’s national team for most of the past year, and the team’s sponsors are clearly skittish about appearing to do business with him. While the rest of the team trained at a camp in Mexico last month in jerseys featuring the logos of several companies that support the team — including Coca-Cola, Banamex and Movistar — Márquez worked out in a version without any of the brands’ names.

“A lot of these companies have operations in the U.S., and they take the ‘better to be safe than sorry’ approach,” said Farhad Alavi, a Washington-based lawyer and expert on U.S. sanctions.

In a statement last month, Mexico’s soccer federation said its decision to remove the logos from Márquez’s gear was made to allow him to focus “100 percent on sports.”

Márquez has denied any links to drug traffickers. His troubles began in August, when the Treasury Department placed Márquez on the Office of Foreign Assets Control’s list of so-called specially designated nationals, accusing him and related businesses of holding assets and acting as fronts for Raúl Flores Hernández, who is suspected of leading a drug trafficking organization.

In addition to prohibiting U.S. companies from doing business with him, the designation freezes Márquez assets in the United States and makes it difficult for him to travel. Márquez missed the team’s exhibition game against Wales in Los Angeles last week, almost certainly because he was not allowed to enter the United States.

In the immediate aftermath, Márquez didn’t play for his club team, Atlas, for two months. His first game for the national team since the sanctions was Saturday, when he made a substitute
appearance in a friendly against Scotland. He wore the captain’s armband after entering the match.

Nevertheless, Márquez will be going to Russia. In April, his Mexican lawyer told ESPN there was “no impediment to stop him going to play with the Mexican national team,” and in May, Mexico’s soccer officials defended his presence in camp by saying they had consulted with “experts” who had assured them that Márquez’s presence did not pose any risks for him or the federation.

Still, having Márquez train in an unmarked practice jersey mitigates both the legal and reputational risks for Mexico’s sponsors. The companies’ sponsorship agreements are with Mexico’s soccer federation, not Márquez.

Doug Jacobson, a lawyer at international trade firm Jacobson Burton Kelley, said Monday that investigators at the Office of Foreign Assets Control receive a lot of their information through the public domain, and so news reports or photographs of Márquez pictured with sponsors could pique their interest.

“Perhaps they could issue an administrative subpoena, ask for further information on the scope of the relationship,” Jacobson said. “Is there any direct payment to the players, or do they directly profit from sponsorship funds? Which could lead to embarrassing questions and information requests a company doesn’t want to deal with.”

Márquez’s lawyer told ESPN that “the actions before the U.S. authorities are advancing,” implying Márquez is working to remove himself from the list of specially designated nationals. Clif Burns, a lawyer who has gotten individuals removed from that list, said that there were two ways to do it.

The first is to argue that an individual did not do the things cited as reasons for the presence on the list — in effect making the argument that the Treasury Department is wrong. This rarely works, Burns said, and the Office of Foreign Assets Control is unlikely to explain itself or reveal its evidence.

The other strategy is to immediately stop doing what a person or business has been accused of doing; to show evidence that the individual or business has stopped; and offer to open financial records to compliance monitoring.

“That’s easy to say the day after you’ve been designated, but they need to see a pattern,” Burns said. Márquez has ended his professional career, and he has said he will retire after the World Cup.

By In Cyprus
Previous article47 cars owned by Bank of Cyprus to be auctioned: prices start at €200
Next articleMarvellous things to do in June