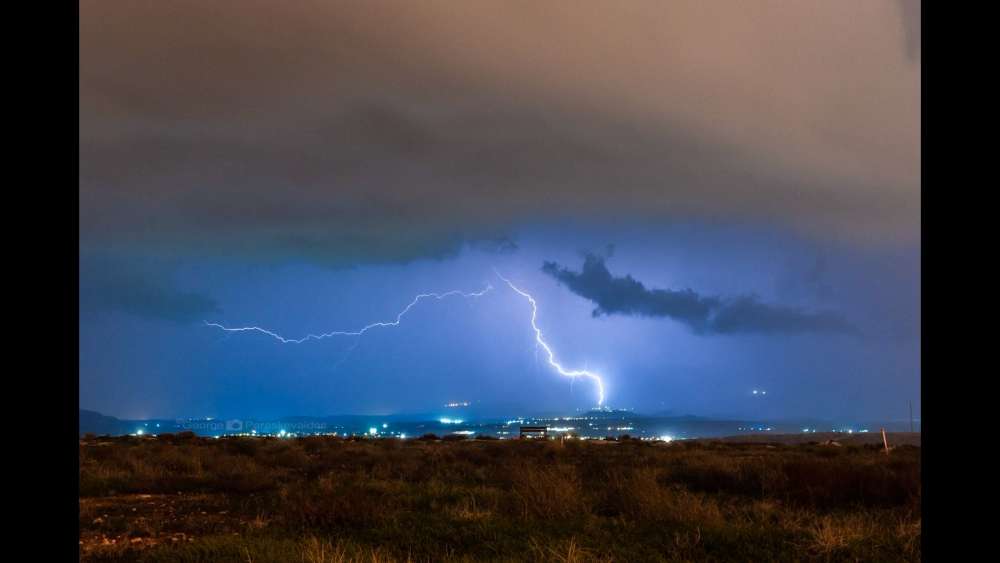 The alert is in force from 12 noon to 6 pm on Wednesday. It is the fifth orange alert since late last week.

“Be prepared for severe thunderstorms causing significant impact and protect yourself from lightning. Damage to property and trees may occur. Flash flooding, wind gusts and hail are possible. Transport and outdoor activities disruption can be expected,” the Met office said.

Wednesday will start off mainly fine in most areas but clouds will gather after midday which are expected to bring scattered showers and thunderstorms in the mountains, inland and on the southeast and east coasts. Thunderstorms may be accompanied by hail.

Temperatures will be 34 C inland, around 31 C on the south and east coasts, around 29 C on the remaining coasts and around 24 C in the mountains.

Tonight will be mainly fine with localised low cloud and light fog. Temperatures will drop to 19 C inland, around 22 C on the coasts and around 13 C in the mountains.

Thursday and Friday will be mainly fine with increased cloud at intervals. Scattered showers and thunderstorms are forecast in the mountains, inland and on the southeast and east coasts at midday and in the afternoon.

Saturday will be mainly fine with increased cloud at intervals and the possibility of scattered showers and thunderstorms in the mountains and inland at midday and in the afternoon.

Temperatures will remain at the same levels on Thursday, edging up on Friday mainly in the mountains and inland to remain at close to average for the time of year.