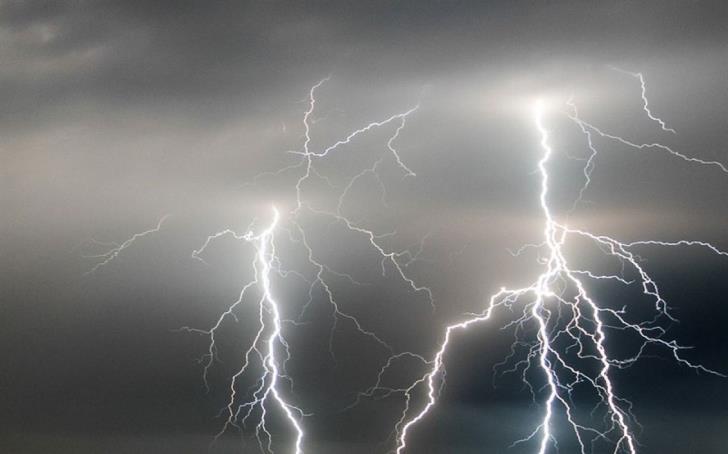 Isolated heavy thunderstorms are expected to continue to affect Cyprus, the Met Office said on Thursday afternoon as it issued a new yellow alert, this one in force until  5 pm on Friday.

The rate of precipitation will be between 35 and 55 millimetres per hour, while hail is possible, it added.

The thunderstorm warning comes into force just as that issued early this morning expires, effectively keeping Cyprus on alert for extreme weather phenomena.

Heavy rains fell in various parts of Cyprus, with the town of Limassol particularly hard hit as a 30 minute deluge led to flooded streets and buildings. A video posted by Ousia Lounge-Cafe-Restaurant shows one such example. (see below)

In its weather bulletin issued on Thursday afternoon, the Met Office said the low pressure south of Cyprus that has been affecting the area will gradual retreat from Friday evening.

Temperatures will fall to 17 C inland, the south west and north coasts, around 19 C on the remaining coasts and around 8 C in the mounains.

Friday will be mainly cloudy with local rain and isolated thunderstorms which may locally be heavy. Thunderstorms may be accompanied by hail and strong winds.

Temperatures will rise to 26 C inland, around 25 C on the coasts and around 15 C in the mountains.

Saturday will be mainly fine with the possibility of showers in the afternoon.

Sunday will start off fine but clouds from midday on may lead to isolated showers or thunderstorms, mainly in the mountains and inland.

Monday will see periods of fine weather and periods of cloud that may lead to isolated showers or thunderstorms.

Temperatures are expected to edge up on Saturday, remaining at the same levels on Sunday at above average for the time of year before falling slightly on Monday to close to average.

Ousia…. We are open for business!

By In Cyprus
Previous articleCypriot municipalities secure EU funding for Wi-Fi hotspots
Next articleEurobarometer: 40% of Cypriots wouldn’t mind if country’s president was gay