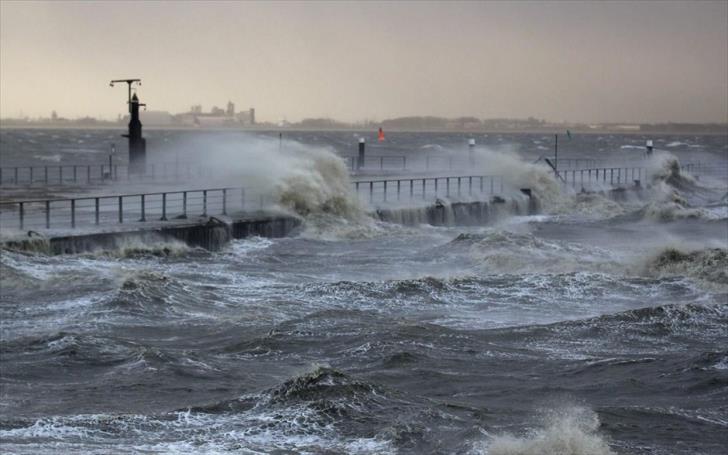 The Cyprus met office has issued a coastal waters alert, warning of strong to near gale winds and very rough seas after midnight tonight.

And it added: “The state of the sea will be rough to very rough morning onward gradually, becoming up to high at the west and south.”

The alert is in force from 2 am to 2 pm on Tuesday.

Temperatures will be 15 C inland and on the west and north coasts, 16 C on the remaining coasts and 5 C in the mountains where there will be frost in places.

Tonight will be mainly cloudy with scattered showers and isolated thunderstorms and snowfall in the mountains. Temperatures will fall to 7 C inland, 11 C on the coasts and 1 C in the higher mountains.

Tuesday will be mainly cloudy with rain and isolated thunderstorms as well as strong winds.  Snow will fall in the higher mountain peaks while overnight snow is expected in semi-mountainous areas.

Temperatures during the day will be at the same levels as Monday’s which is close to average for the time of year, but there will be noticeable fall at night.

Wednesday will start off mainly cloudy with scattered rain and possible thunderstorms. Snow is expected in the mountains and semi-mountainous areas. The weather will gradually improve after noon. Temperatures will record a noticeable drop to below average for the time of year.

Thursday will be mainly fine with temperatures edging up .