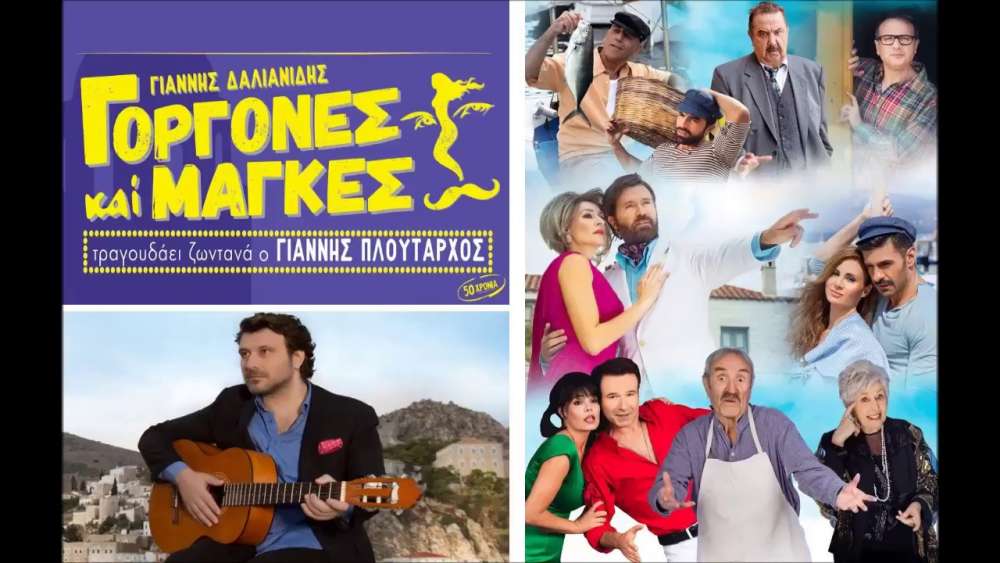 A theatrical adaptation of one of the most successful musical productions of Finos Film which premiered in Greece on 2 December 1968.

Plot:
Rumours have it that a Swiss company is making investment plans to develop a Greek island. A couple of Athenian entrepreneurs rush to the island to buy land and flip it for profit. The Athenian couple, a race-car driver and an actress, meet the resistance of the island’s grand old lady who does not wish to sell land to outsiders. The business plans eventually fail to materialise but romance ensues between the actress and the son of the lady as well as the race-car driver and a local girl. The film has references to ancient Greek tragedy and contains elements from it such as a chorus.