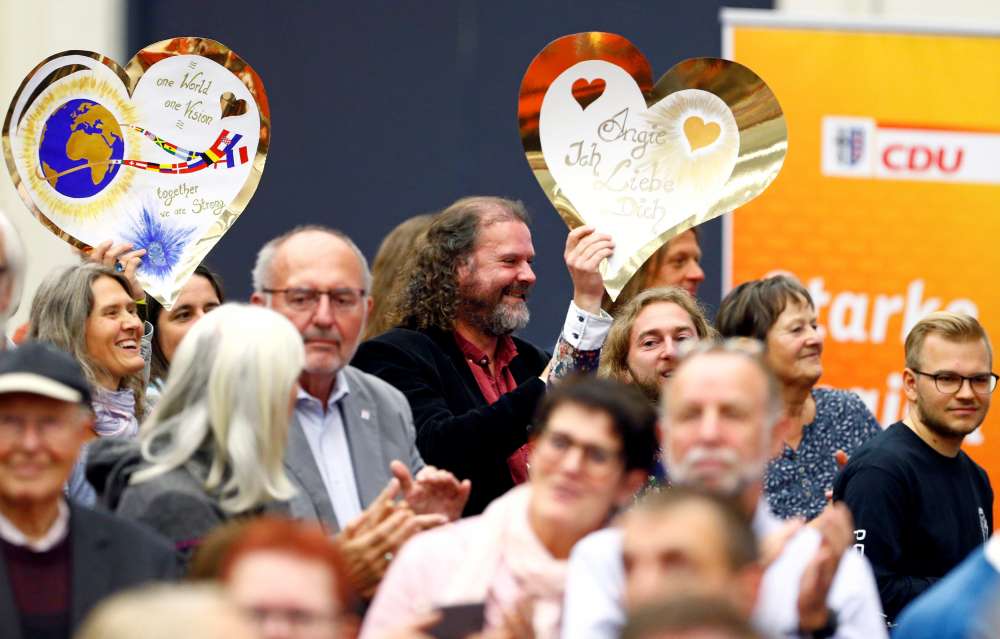 German Chancellor Angela Merkel’s ruling coalition faces its second test in as many weeks on Sunday when voters go to the polls in the western state of Hesse for a regional election that could torpedo the national government.

Should Merkel’s conservative ally in Hesse, Volker Bouffier, lose his post as state premier, the chancellor’s enemies will be emboldened ahead of her Christian Democrats’ (CDU) party congress in early December and may try to hasten her demise.

The other risk for Merkel is that her SPD coalition partners come third in Hesse, which is home to financial hub Frankfurt. Such an outcome would increase pressure from the SPD’s rank-and-file for the party to pull out of the coalition with Merkel in Berlin.

A growing swell of SPD members feel their party is tarnished by its alliance with Merkel and would be best to rebuild in opposition – a scenario SPD leader Andreas Nahles has resisted.

“It is not advisable for the SPD to act hastily or recklessly,” Nahles said ahead of the vote.

Merkel’s preferred successor as leader of her conservatives, CDU Secretary General Annegret Kramp-Karrenbauer, has warned the SPD that pulling out of the ruling coalition after the Hesse vote would trigger a federal election.

Polls show the SPD would suffer heavily in a national vote.

In Hesse, support for the CDU is running at 28 percent, a survey by pollster Forschungsgruppe Wahlen for broadcaster ZDF showed on Thursday. But the CDU and ecologist Greens may lack sufficient support to renew their ruling alliance in the state.

The SPD and Greens were tied on 20 percent, the poll showed, with the far-right Alternative for Germany (AfD) on 12 points, and the business-friendly Free Democrats (FDP) and far-left Linke both on 8 points.

The Greens could figure in a number of potential coalitions in Hesse should they and the CDU lack sufficient support to remain in power.

The CDU and Greens could team up with the FDP; the Greens, SPD and FDP could, in theory, join forces – though the FDP is not keen; or the Greens and SPD could work with the far-left Linke.

The Greens’ half-Yemeni leader in Hesse, Tarek Al-Wazir, is not committing to any coalition until after the vote.