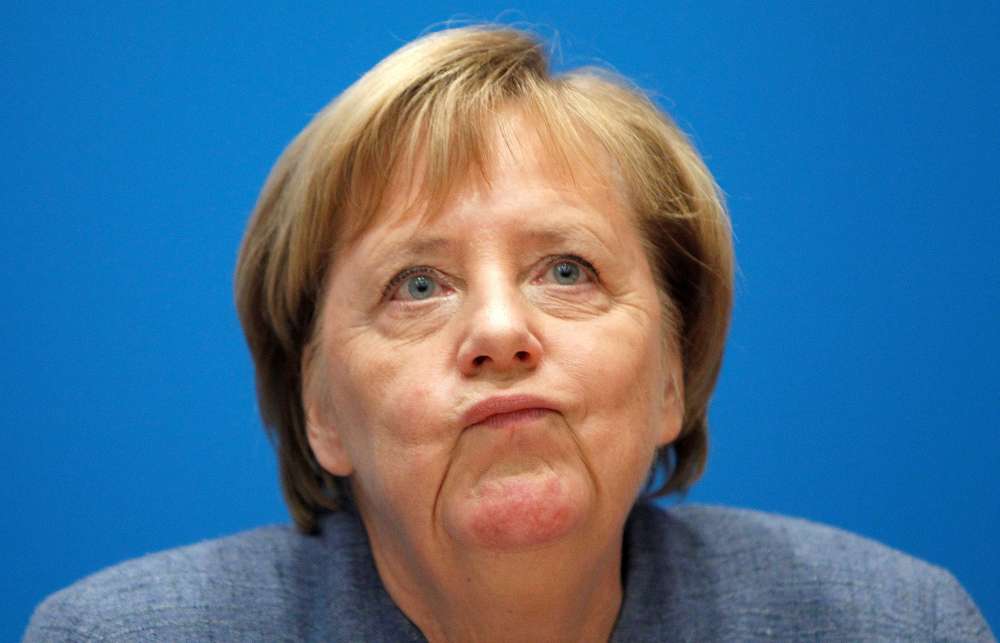 German Chancellor Angela Merkel’s Christian Democrats (CDU) argued on Sunday over whether they should return to a more conservative agenda once she steps down as party chair as contenders to succeed her gear up for the leadership race.

Support for their Social Democrats (SPD) coalition partner meanwhile hit a record low, according to a poll published hours before senior members of both the CDU and the SPD were due to discuss the parties’ future courses in closed-door meetings.

Merkel announced last week that she would step down as CDU party leader in December, ending an era of nearly two decades in which she shifted Germany’s most powerful party gradually from the right to the centre.

Her decision followed two regional votes in which Merkel’s centre-right bloc and the left-leaning SPD suffered their worst election results in decades while the ecologist Greens and the far-right Alternative for Germany (AfD) gained support.

Health Minister Jens Spahn, one of the three contenders to replace Merkel as party leader, said the CDU had watered down its profile by becoming too centrist in the past years.

“Parties must differ from another again more strongly,” Spahn told Welt am Sonntag newspaper. “The way we view people and society is fundamentally different from the one of the Social Democrats,” he added.

Spahn is one of the fiercest critics of Merkel’s decision in 2015 to welcome more than a million refugees, mainly Muslims from war zones in the Middle East.

Spahn ruled out a coalition with the anti-immigration AfD, saying the CDU could not work together with a party he called anti-American and which he said idolises Russian autocrats.

CDU deputy chair Armin Laschet warned against moving the CDU more to the right. “I’m convinced that such a policy shift would be wrong,” Laschet told Sueddeutsche Zeitung daily. The CDU should stick to its centrist course, he added.

Speaking to reporters shortly before the CDU board meeting in Berlin, Laschet and CDU deputy leader Julia Kloeckner both suggested that the candidates to succeed Merkel should present themselves in several regional conferences in the coming weeks.

The candidate most likely to stand for a continuation of Merkel’s centrist course is CDU party secretary general Annegret Kramp-Karrenbauer who is expected to comment on her candidacy in the coming days.

The third candidate is Friedrich Merz who would stand for a shift towards the low-tax, business-friendly right-wing conservatism that Merkel has pushed into the background.

The CDU seems to be split over its leadership question. An Emnid poll for Bild am Sonntag showed that 44 percent of party members backed Merz and 39 percent favoured Kramp-Karrenbauer. Support for Spahn was at 9 percent.

SPD deputy chair Ralf Stegner said his party would not remain in the coalition “at any price”.

“If the coalition does not drastically and rapidly change its work mode and image, it cannot and will not last,” he said.

A Forsa poll for RTL/n-tv broadcasters showed on Sunday that support for the SPD plunged to a record low of 13 percent while Merkel’s CDU/CSU bloc rose to 27 percent.

The pro-immigration Greens jumped to 24 percent to become the second-strongest party, the poll showed. The AfD fell to 13 percent while the pro-business Free Democrats (FDP) and the party The Left both stood at 9 percent.