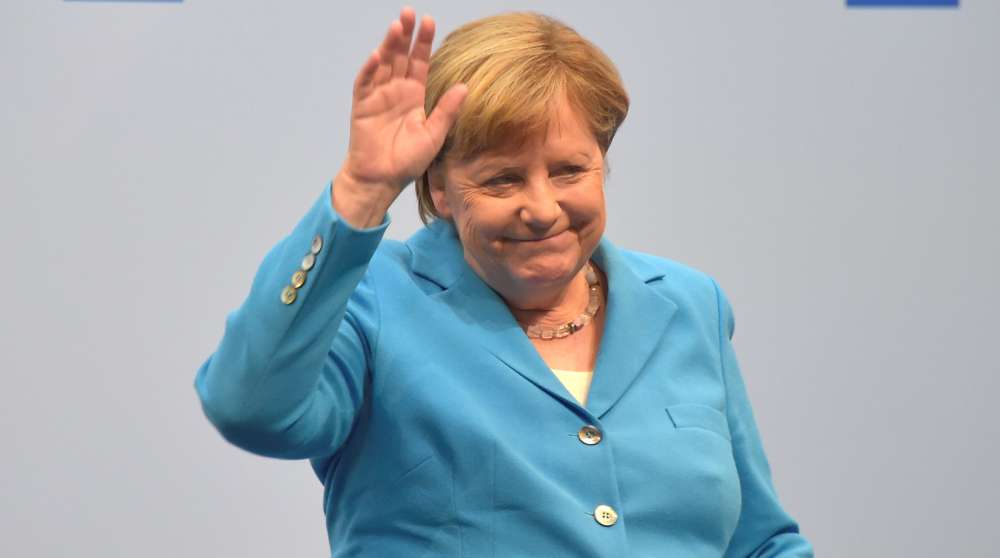 German Chancellor Angela Merkel on Monday offered a way to break the deadlock over the United Kingdom’s exit from the European Union, calling for a creative compromise to allay concerns over the future of Irish border arrangements.

The United Kingdom is due under British and European law to leave the EU in just 53 days yet Prime Minister Theresa May wants last-minute changes to a divorce deal agreed with the EU last November to win over lawmakers in the British parliament.

May is seeking legally binding changes to the deal to replace the Northern Irish backstop, an insurance policy that aims to prevent the reintroduction of a hard border between EU-member Ireland and the British province of Northern Ireland.

While Merkel said she did not want the so-called Withdrawal Agreement renegotiated, she added that difficult questions could be resolved with creativity, the strongest hint to date that the EU’s most powerful leader could be prepared to compromise.

“There are definitely options for preserving the integrity of the single market even when Northern Ireland isn’t part of it because it is part of Britain while at the same time meeting the desire to have, if possible, no border controls,” Merkel said.

“To solve this point you have to be creative and listen to each other, and such discussions can and must be conducted,” Merkel said at a news conference with Japanese Prime Minister Shinzo Abe in Tokyo.

Merkel said the Irish backstop issue could be solved as part of a discussion over a separate agreement on the future relationship between the European Union and the United Kingdom, offering May a potential way out of the deadlock.

Merkel’s stance on Brexit is driven by an eagerness to preserve the integrity of the EU and its internal market, which are crucial to Germany’s post-war identity and prosperity, while also keeping Britain close to the bloc even after it leaves.

Keen to avoid the economic disruption a no-deal Brexit would bring to Germany’s economy, which slowed sharply last year, Merkel also values Britain as a like-minded partner and wants to keep its security expertise close at hand.

“We can still use the time to perhaps reach an agreement if everyone shows good will,” Merkel said.

The United Kingdom’s labyrinthine crisis over EU membership is approaching its finale with an array of options including no-deal Brexit, a last-minute deal, a snap election or a delay.

May said on Sunday she would seek a “pragmatic solution” when she tries to reopen talks with Brussels.

“I will be battling for Britain and Northern Ireland, I will be armed with a fresh mandate, new ideas and a renewed determination to agree a pragmatic solution that delivers the Brexit the British people voted for,” said May, who will visit Northern Ireland on Tuesday.

Brexit-supporting lawmakers in her Conservative Party have warned they will vote against her deal unless there are substantial changes.

While the United Kingdom is divided over EU membership, most agree the world’s fifth largest economy is at a crossroads and that Brexit will shape the country’s prosperity for generations.

Brexit supporters accept there will be some short-term economic pain but say the United Kingdom will thrive if cut loose from what they see as a doomed experiment in German-dominated unity that is falling far behind the United States and China.

Pro-Europeans fear Brexit will undermine London’s position as a global financial capital and weaken the West as it grapples with Donald Trump’s unpredictable U.S. presidency and growing assertiveness from Russia and China.

Many company chiefs are aghast at the Brexit uncertainty which they say has damaged Britain’s reputation as Europe’s pre-eminent destination for foreign investment.

Carmaker Nissan has scrapped plans to build its new X-Trail SUV in Britain and will produce it solely in Japan, warning uncertainty over Britain’s departure from the EU was making it harder to plan for the future.