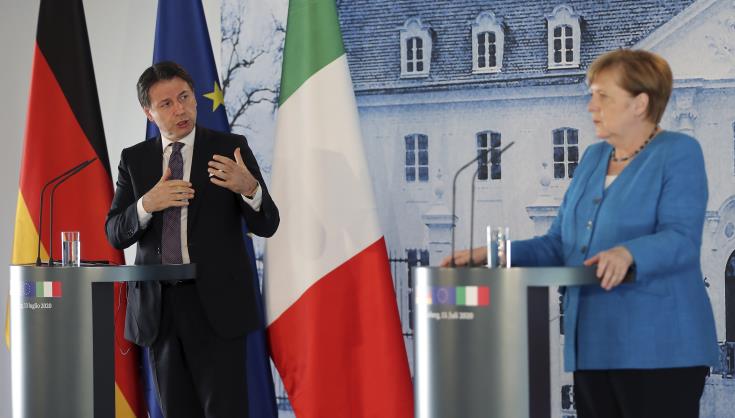 German Chancellor Angela Merkel and Italian Prime Minister Giuseppe Conte expressed, during separate telephone conversations they had on Thursday with Cyprus’ President Nikos Anastasiades, their full support to the Republic of Cyprus and its sovereign rights regarding Turkey’s provocations and its illegal actions in Cyprus’ EEZ as well as to Turkish threats relating to the Varosha issue, the President’s Press Office Director Victoras Papadopoulos said in a written statement.

According to Papadopoulos, the President exchanged views with the two leaders regarding the forthcoming European Council meeting that will take place on September 24th and they agreed that they will be in close contact, so that the EU effectively contributes to the termination of Turkey’s illegal actions.

By In Cyprus
Previous articleResidents of Cyprus returning from a trip abroad down 74.7% in August
Next articleHardalias: Western Greece in state of special civil protection mobilisation due to ‘Ianos’