‘Melios Zoo’ case to be examined by the attorney-general 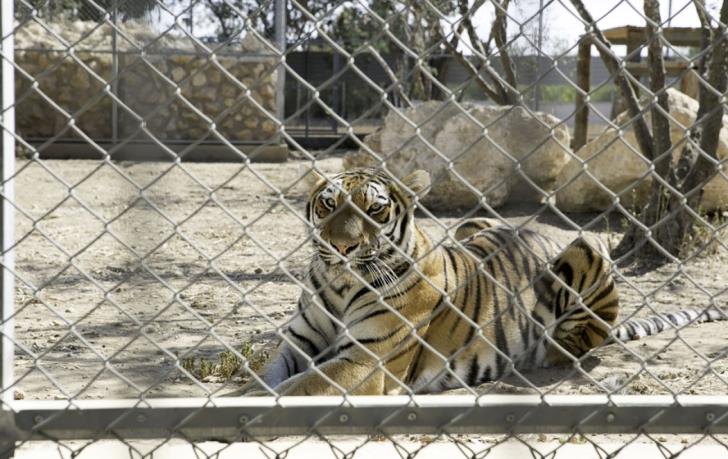 A Veterinary Services officer ascertained yesterday the death a Siberian tiger at ‘Melios Zoo’. The zoo has been illegally operating without a license since September 2017 and its case has now moved to the attorney-general’s office.

Information on the tiger’s death was given to the Veterinary services by an organisation in Brussels. An officer visited the site where he ascertained the death of the tiger.

According to information given by the Veterinary Services, the owner of Melios Zoo shows no sign of willingness to cooperate with the authorities responsible for the inspection of such facilities.

The case appears to be rather complicated, since in order to manage the situation, more than one government authorities have to take action. Another issue invoked since last year is the problem of finding a proper establishment to host the animals if Melios zoo closes. It was said that there were contacts with foreign establishments since there are no suitable ones to host the animals in Cyprus. What causes distress is that, while there is obvious violation of the law and of basic animal rights and, most importantly, their right to live, authorities cannot easily take formal action against Melios Zoo.

At a meeting at the Ministry of Environment yesterday, it was decided that a report on the issue should be sent to the attorney-general.

The prospect of the attorney-general addressing the issue raises hopes that the illegal and harmful to animals operation of Melios zoo can be, at last, stopped without the state claiming overwhelming difficulties in handling the case.

By In Cyprus
Previous articleLimassol: another delivery man robbed
Next articleUp to two offers for CCB from Hellenic Bank