Melco presents new hotel in Macau, ahead of groundbreaking ceremony for Cyprus casino 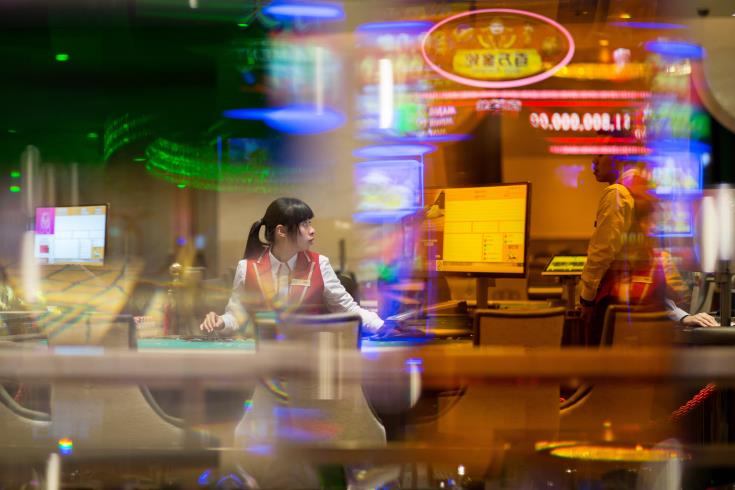 Melco Resorts and Entertainment unveiled Tuesday in Macao, China, its new flagship hotel “Morpheus”, ahead of the foundation stone laying ceremony for Cyprus’ casino on June 8.

Morpheus is located in the company’s renowned City of Dreams resort, in Macao, the world’s largest casino market, and is due to open on June 15. The cost of the investment stood at 1,1 billion dollars.

The company’s Chairman and CEO Lawrence Ho presented the new hotel at a press conference held today, followed by a tour at Morpheus, organised for journalists.

The presentation comes less than a month ahead of the foundation stone laying ceremony to be held in Limassol, Cyprus, for the country’s integrated casino -resort, expected to start operating in 2021.

The revenue from the casino in Cyprus is projected to be 4% of the country’s GDP, “so it is not a small fee,” Ho told the reporters at the presentation of “Morpheus”.

“We are very happy and fortunate that we won the competitive bit for the license in Cyprus and I must say that the process that the government run was perfect in terms of transparency and in terms of the highest international standards. The project is going well,” he noted.

Ho said that “a week before Morpheus opens we are going to have a ground breaking in Cyprus and even the temporary facility is due to open this summer. So exciting times ahead and in the blink of an eye, in two and a half years the permanent integrated resort will open”.

Cyprus’ first Integrated Casino Resort “City of Dreams Mediterranean” is set to enrich Cyprus’ tourism product, attracting an additional 300,000 tourists annually. The €550 million project is expected to create around 4,000 jobs annually during the construction period and will eventually contribute for the creation of approximately 4,500 direct and indirect full time jobs in Cyprus when the resort is fully operational.

A temporary casino will operate in Limassol until the casino-resort is completed.