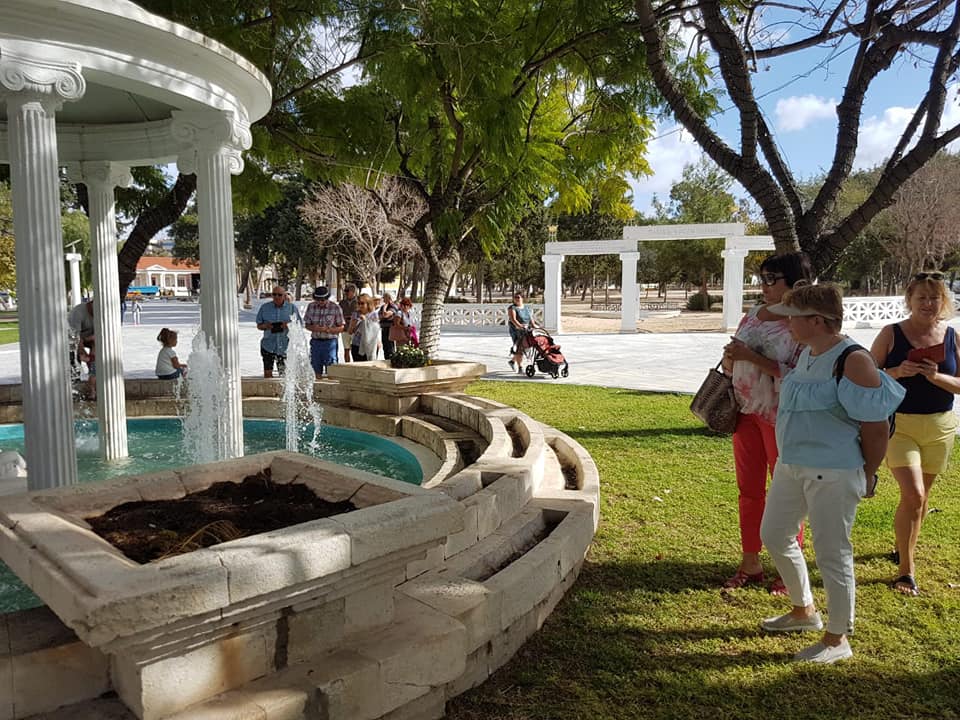 The Paphos Tourism Development and Promotion Company has launched guided walking tours in the old town of Paphos every Thursday, with dozens of visitors as well as residents participating.

The tours, part of efforts to enrich visitors’ experience during the low season, are being offered in cooperation with the Cyprus Tourism Organisation.

It has been warmly received since it was launched two weeks ago with both visitors and residents participating.

“Meet the locals” tours are carried out by licensed tour guides. They explore the area around the centre of Paphos, the neoclassical buildings, renovated squares, the commercial centre, traditional municipal market and other points of interest.

The aim is to further promote the old town and lesser known places of the commercial and historic centre as well as the projects  carried out for 2017 cultural capital of Europe events.

The tour starts from the Agora bus stop every Thursday at 9.30 am and lasts about two and a half hours, along narrow streets and renovated neighbourhoods and squares, ending at the CTO’s information office on Makarios Avenue.

It is being offered on a pilot basis until December 27 and depending on the feedback may be extended to March 2019.

By In Cyprus
Previous articleTurkey says Trump comments on Khashoggi show he will turn blind eye to killing
Next articleForestry Department: Wildfires in 2018 up 80% compared to 2000-2017 average