McDonnell: new Brexit referendum should not include remain option 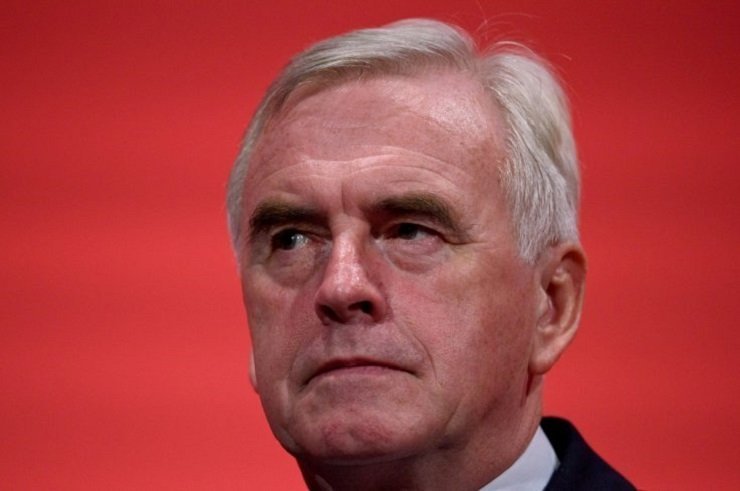 A fresh Brexit referendum should be only about a departure deal and should not include the option of staying in the EU, Shadow Chancellor John McDonnell has indicated, in comments likely to dismay Labour members pushing for a so-called people’s vote.

McDonnell said he would back the idea of a new referendum if a general election did not happen. But he argued that while it was up to parliament to decide the question, he believed it should be just “a vote on the deal itself”.

“If we are going to respect the last referendum, it will be about the deal, it will a negotiation on the deal,” McDonnell said.

The party’s conference in Liverpool is likely to pass a statement thrashed out by delegates late on Sunday that commits Labour to keeping the option of a second referendum on the table.

After a grueling five-hour meeting with the shadow Brexit secretary, Keir Starmer, more than 100 delegates from trade unions and local parties drafted a two-page motion, which members were expected to pass on Tuesday.

The key sentence of the final draft says: “If we cannot get a general election Labour must support all options remaining on the table, including campaigning for a public vote.”

The statement has prompted concern from some allies of Jeremy Corbyn, with Len McCluskey, the general secretary of Unite, saying he did not think “remain” should be an option on the ballot paper.

Asked about the issue on BBC Radio 4’s Today programme, McDonnell said: “If we don’t get a general election then yes, we’ll go for a people’s vote.”

Quizzed about what options should be part of a second referendum question, he said: “My view at the moment is that parliament will decide what will be on that ballot paper. We’ll be arguing that it should be a vote on the deal itself, and then enable us to go back and do the negotiations.”

Pressed on whether this definitely meant ruling out a “remain” option, McDonnell declined to fully clarify, but indicated again this was the case: “We’re respecting the referendum. We want a general election, If we can’t get that we’ll have a people’s vote. The people’s vote will be on the deal itself and whether we can negotiate a better one.”

He added: “Parliament will determine the nature of the question that will be put, but the first stage of that is to see if we can get a deal that is acceptable and brings the country together again. And I’ve always thought we could.”

McDonnell’s caution is likely to disappoint Labour members pushing for a second referendum. A “people’s vote” was overwhelmingly the most popular issue raised by constituency Labour parties (CLPs) that submitted so-called “contemporary motions” to conference.