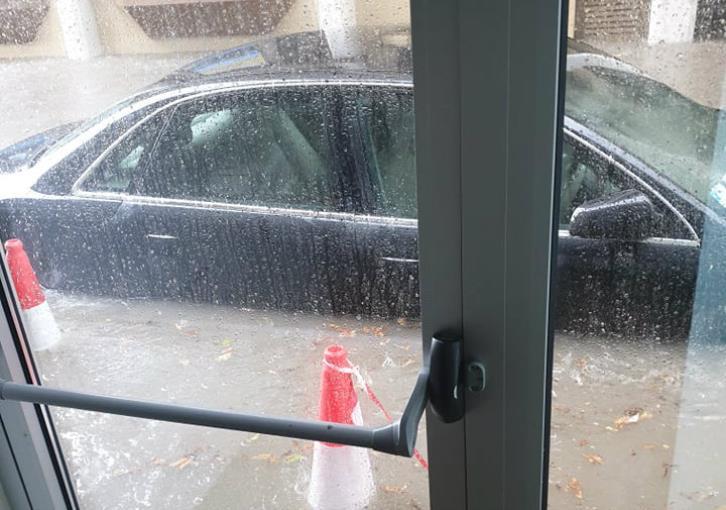 Municipalities across Cyprus have been affected by the recent severe weather conditions, with homes and roads flooding, leading to damage as angered owners and citizens press for action.

The Mayor of Strovolos has agreed to the launch of two projects to tackle similar events in the future. The first project involves the reconstruction of the bridge on Alexandroupoleos Street and the second the construction of a new road starting from the height of the offices of the Department of Public Works (Strovolos Avenue) and ending in the Cineplex area.

Limassol is also moving towards implementing works that were not previously implemented either due to the financial crisis or other reasons. These intend to tackle the consequences of the severe weather conditions and appease infuriated citizens.

Nicosia and especially the city within the walls has for years been experiencing problems and aside from the municipality’s responsibilities, it seems that some works have also been delayed due to reactions from professionals who will be directly affected. As far as areas such as Palouriotissa and Kaimakli are concerned, floods are common.

In Engomi, which is flooded when extreme weather conditions occur, Mayor Zacharias Kyriakou calls for anti-flood works (suggested by the Water Development Department), and is also seeking the government’s financial assistance.

Specifically, the Mayor raises the issue of constructing two retention ponds, as recommended by the Water Department and following a relevant study. According to the study, one retention pond will be constructed next to the International State Fair (opposite the Makarios Stadium parking lot) and the second in the Nicosia Airport area. The idea of the construction of these two retention ponds is seen (compared to other alternatives) as the most beneficial, both financially and technically.

It is suggested that the retention ponds be used as green areas and parks when there is no severe weather conditions. The experts who wrote the study suggest that, in the instance of an alert of a severe weather forecast, parks would be evacuated.

The study also points out that the location of the second retention pond (in the area of the Makarios Stadium/International State Fair) was changed due to a planned construction site (on private land). The change of location requires the reconstruction of the canal.

The study concludes that, after research and works testing, the two retention ponds are necessary in order to deal with floods.

The location of the pond in the Nicosia airport area was chosen because it would ensure the withholding of the required volumes of water (as it emerged from the hydrological study), while allowing a direct connection of the riverbed with the pond area. It is also considered beneficial because it’s located on state land. The solution of diverting water to the occupied areas would be a solution but it is also considered not feasible.

One of the reasons for the problems (apart from interventions in rivers, streams, trails etc. or even their abolition) is the fact that infrastructure work carried out in every municipality to deal with rainwater is not continued in neighbouring municipalities. Instead, the work stops at a certain point and as a result the water overflows into surrounding buildings. Some of the problems are expected to be resolved when the rainwater drainage system is completed.