May seeks to end Brexit stalemate after winning confidence vote 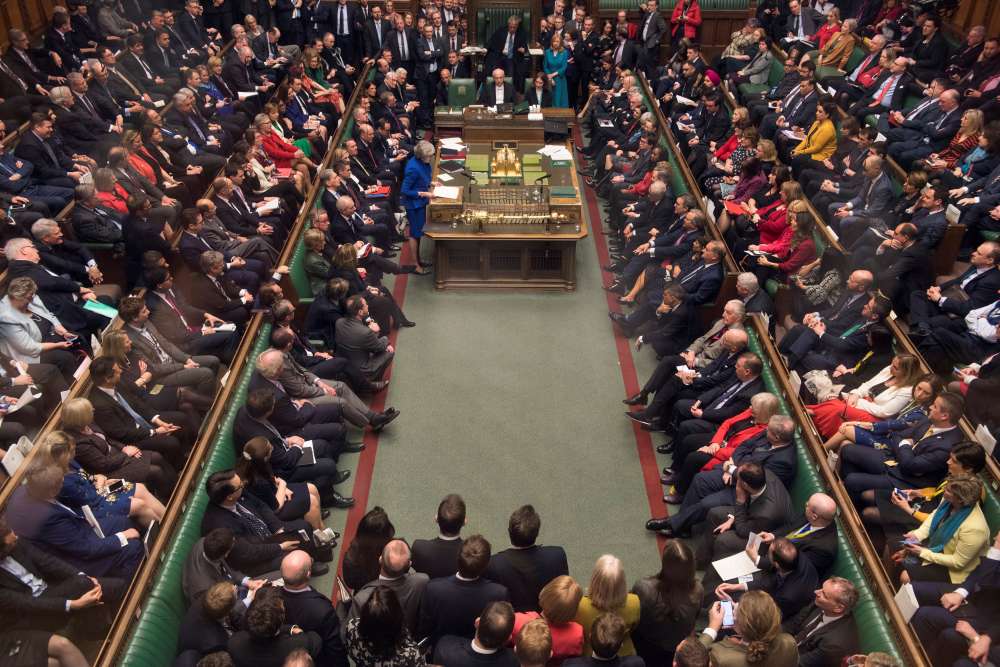 Prime Minister Theresa May won a confidence vote in the British parliament on Wednesday and then appealed to lawmakers from across the political divide to come together to try to break the impasse on a Brexit divorce agreement.

Lawmakers voted 325 to 306 that they had confidence in May‘s government, just 24 hours after handing her European Union withdrawal deal a crushing defeat that left Britain’s exit from the bloc in disarray.

After the results of the confidence vote were announced to cheers from her Conservative lawmakers, May said she believed parliament had a duty to find a solution that delivered on the 2016 Brexit referendum result.

But with lawmakers (MPs) deadlocked on the way forward, the United Kingdom could face a disorderly “no-deal” Brexit, a delay to Brexit, or even another referendum on membership.

“Now MPs have made clear what they don’t want, we must all work constructively together to set out what parliament does want,” May said in a statement outside her Downing Street office.

“That’s why I am inviting MPs from all parties to come together to find a way forward. This is now the time to put self-interest aside.”

After the confidence vote, May met several party leaders, but the main opposition leader, Labour’s Jeremy Corbyn, refused to hold talks unless a no-deal Brexit was ruled out.

The votes on Tuesday and Wednesday brought into sharp relief the problem May faces; trying to win over pro-EU supporters in her own and other parties without alienating those who keep her in power – for instance, by giving up the “no-deal Brexit” that they see as a crucial bargaining chip.

Hardline Conservative Brexit-supporters, who last month made an unsuccessful attempt to oust her as leader, and the Northern Irish party that props up her minority government will not countenance a deal that keeps close ties with the EU.

“The confidence and supply arrangement (to support May) of course is built upon delivering Brexit on the basis of our shared priorities,” said Nigel Dodds, deputy leader of the Democratic Unionist Party.

NO DEAL, NO TALKS

However, Corbyn said no positive talks were possible unless a no-deal Brexit was taken off the table. His party wants a permanent customs union with the EU, a close relationship with its single market and greater protections for workers and consumers.

May‘s spokesman said she was not ruling out a no-deal option and that it was government policy to be outside an EU customs union. Critics said this meant May was not budging from the deal that had alienated all sides in parliament.

Other opposition parties wrote to Corbyn after the confidence vote to demand he now back a second referendum, which Labour has agreed should be considered if it cannot force an election.

However, he and other senior political figures fear that stopping Brexit could alienate the 17.4 million people whovoted to leave.

Sterling was trading just off two-month highs against the euro after May won the confidence vote, with many investors believing the prospect of a no-deal exit had receded as parliament hardened its stance against it.

Companies warned of catastrophic job losses and chaos at ports if there was no deal. Trade with the EU would then default to basic World Trade Organisation rules, which many argue would disrupt innumerable manufacturing supply chains relying on rapid, friction-free trade.

Ever since Britain voted by 52-48 percent to leave the EU in June 2016, the political class has been debating how to leave the European project forged by France and Germany after the devastation of World War Two.

Tuesday’s crushing defeat appears to have killed off May‘s two-year strategy of forging an amicable divorce in which a status-quo transition period would be followed by Britain operating an independent trade policy alongside close ties to the EU, the world’s biggest single market.

Other members of the EU, which combined has about six times Britain’s economic might, called for discussion but indicated there was little chance of fundamental change to the deal May had negotiated.

German Foreign Minister Heiko Maas said that “the time for playing games is now over”.

For the EU, already reeling from crises over debt and refugees, Brexit may be the biggest blow in its 60-year history, though its 27 other members have shown remarkable unity on the issue.

Brexit supporters anticipate some short-term economic pain but say Britain will then thrive if cut loose from what they cast as a doomed experiment in German-dominated unity.

Opponents of Brexit say it is folly that will weaken the West, make Britain poorer and torpedo what remains of its post-imperial clout.