May faces Brexit moment of truth in parliament 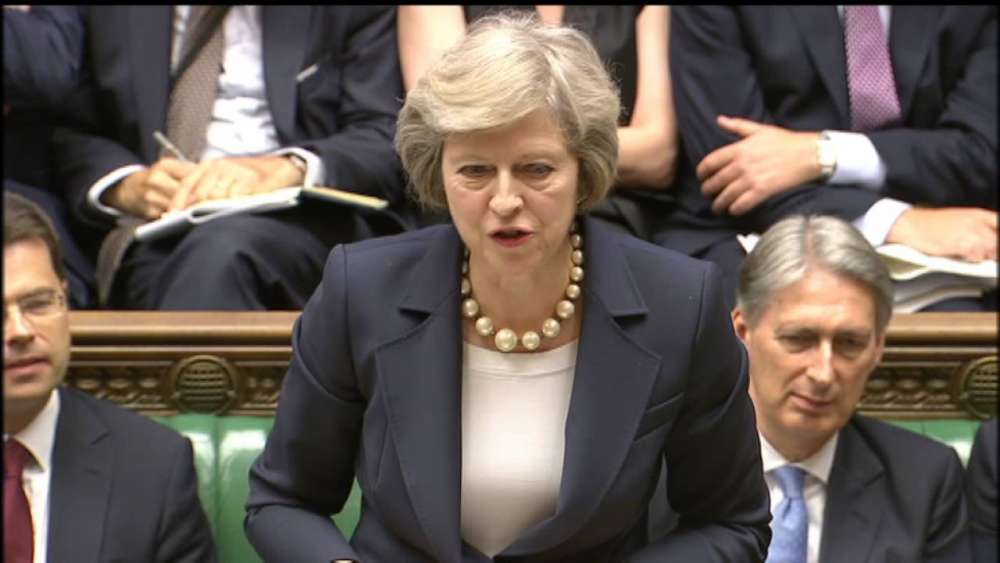 Agreeing a Brexit deal with the European Union may have been the easy part for British Prime Minister Theresa May. Getting it through a divided parliament at home could be an altogether tougher battle.

For now, the odds look stacked against her with criticism of the deal approved in Brussels on Sunday from all sides, including the Northern Irish party propping up her minority government.

But May still has a few tricks up her sleeve.

She has already set loose her party enforcers known as “whips” who will use their powers of persuasion to ensure she has as much backing as possible in the make-or-break vote, likely in the next few weeks.

May and the whips will play on lawmakers’ fears for their careers if they oppose the withdrawal agreement and are then blamed by voters for the economic chaos that companies and banks say will follow if Britain leaves the bloc without a deal.

She is likely to focus much of her attention on winning over lawmakers who occupy the middle ground in her Conservative Party – as well as in the Labour opposition, whose leader, Jeremy Corbyn, has urged them to vote against the deal.

Her chances of turning hardliners in either the pro-EU or pro-Brexit camp are slim but she could still try by offering sweeteners such as government posts, backing for lawmakers’ favourite causes or help for their voting districts.

One pro-Brexit lawmaker, John Hayes, was awarded a knighthood on Friday in what critics called “an act of desperation” by May to win over opponents of the deal.

“What is the thing that can get her to get her a majority? Is it something that helps the hardliners, or is it something for the more moderate point of view?” asked Labour lawmaker Caroline Flint.

“There is a whole number of people in the middle of that and the challenge for her is what’s she going to choose.”

Britain is scheduled to pull out of the European Union on March 29, almost three years after Britons narrowly voted to leave in a referendum.

May and her team still hope to get the deal approved by Brussels through the 650-seat lower house of parliament, despite a hostile reception on Thursday when the prime minister failed to win over sceptics who called it a surrender.

Brexit campaigners say the deal leaves Britain as little more than a vassal state, unable to break free of Brussels. EU supporters say the deal offers the worst of all worlds, making Britain a rule taker with no say in future decisions.

Aides say she was ready for the backlash – if perhaps not the ferocity of it – believing that when the parliamentary vote comes, her main message will focus minds.

That message, they say, is clear: vote in favour or risk opening the door to more uncertainty – Britain leaving without a deal, Brexit never happening, or the collapse of the government and the prospect of Corbyn becoming the next prime minister.

“When you strip away the detail, the choice before us is clear,” May said after securing the agreement of her top ministers at a brutal cabinet meeting that triggered the resignations of two of her team.

“This deal which delivers on the vote of the referendum, which brings back control of our money, laws and borders; ends free movement; protects jobs, security and our union; or leave with no deal; or no Brexit at all.”

May is taking her argument to the doorstep as part of a charm offensive she hopes will convince the public she has delivered on what her team considers to be the main message of the referendum – tackling immigration.

“In any negotiation you do not get everything you want … I think the British people understand that,” she said on Sunday,

And for some lawmakers, that message is one that will resonate with their voters.

Flint said paramount in her mind was whether a deal would protect jobs in her northern English constituency, offer a way to ease the concerns of her voters about immigration, and above all, avoid leaving the EU without an agreement.

“My red line is I don’t want us to crash out without a deal,” she told Reuters. “I just think it’s really high stakes stuff.”

She is not alone. Other Labour lawmakers have signalled they could also back May’s agreement if it prevented a so-called no deal Brexit.

“When we leave the EU, it must be with a deal because crashing out with a no deal would be a catastrophe,” said Gareth Snell, another Labour lawmaker with a northern English constituency that voted to leave the EU and where the ceramics industry relies on trade with parts of the bloc.

“I want a deal that enables free trade and protects the manufacturing businesses in Stoke-on-Trent from tariffs or barriers,” said Snell.

But parliamentary arithmetic remains difficult and May’s success or failure will rest on whether there are enough lawmakers in the middle ground to force the deal through.

Her plan will face opposition from both eurosceptics and europhiles within her party’s 314 lawmakers, and the 313 lawmakers from opposition parties. The 10 Democratic Unionist Party Northern Irish lawmakers propping up the government said at the weekend that they will vote against.

May needs to win a simple majority in parliament, which would be 320 votes if all active lawmakers turn out and vote. Former whips, who have long studied parliamentary arithmetic, say the prime minister may end up needing only 305 votes if illnesses and abstentions are accounted for.

For now, many lawmakers are waiting to see how it all plays out, especially those in Labour who could make the difference.

“The only way of justifying voting with the government is that they want Brexit to happen,” one Conservative lawmaker said. “But why would they want co-ownership of a controversial policy that may not succeed?”

By In Cyprus
Previous articleTeenage girl in hospital with burns after trying to light fire
Next articleU.S. fires tear gas into Mexico to repel migrants, closes border gate for several hours