May demands new deal from EU on Irish border backstop 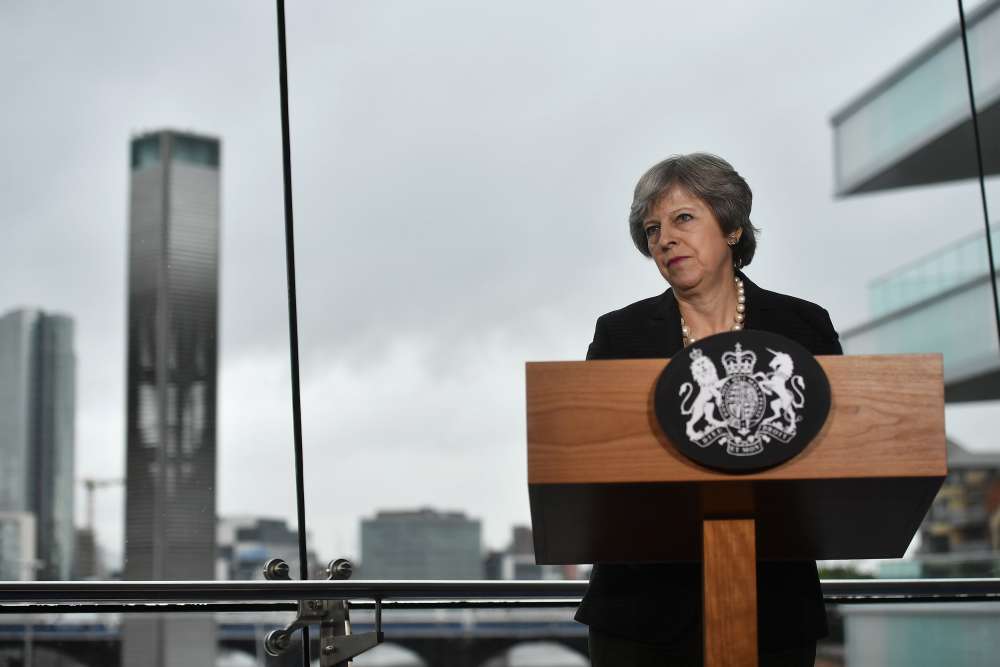 British Prime Minister Theresa May on Friday called on the European Union to strike a new deal to prevent a hard border in Northern Ireland and demanded Brussels quickly respond to her ‘white paper’ plan to avoid a damaging no-deal Brexit.

In a speech to politicians and business leaders in Belfast’s docklands, May accepted a hard border between Northern Ireland and the Irish Republic once Britain leaves the bloc would be “almost inconceivable”, but dismissed the EU’s current plan as “unworkable.”

Instead, May said the EU must engage with her Brexit ‘white paper’ policy document released earlier this month, which proposes negotiating the closest possible links for trade in goods to protect businesses and to fulfil a commitment to avoid having infrastructure on the border.

It is “now for the EU to respond. Not simply to fall back onto previous positions which have already been proven unworkable. But to evolve their position in kind,” told the audience at Belfast’s Waterfront Hall.

Still reeling after her Brexit plan triggered the resignation of senior members of her cabinet, May flew to Northern Ireland on Thursday for a two-day visit to see up close the troubled British region’s frontier with EU-member Ireland.

The 500-kilometre (300 mile) border has become one of the biggest stumbling blocks in the negotiations. It has been largely invisible since army checkpoints were taken down after a 1998 peace deal ended three decades of violence between the region’s pro-British majority and an Irish nationalist minority. Over 3,600 died.

May in December agreed in principle to a binding “backstop” to ensure a soft border irrespective of future EU-UK ties, but later balked at an EU proposal to achieve this by treating Northern Ireland as a separate customs area to the rest of the United Kingdom.

Her Conservative Party and Democratic Unionist Party allies in parliament have angrily objected to arrangements that would create any kind of border between Northern Ireland and the rest of the United Kingdom.

“The economic and constitutional dislocation of a formal ‘third country’ customs border within our own country is something I will never accept and I believe no British Prime Minister could ever accept,” May said.

The Irish government, which has said it has concerns about May’s white paper, on Friday said a backstop was essential, but could be renegotiated.

The EU has warned business to get ready for Britain crashing out of the bloc without agreed terms, although officials and diplomats still think some kind of deal is more likely than not, if only because the cost for both sides would be so high.

While May is trying to convince Brussels to make concessions on Northern Ireland, she is also trying to shore up support in her Conservative Party after her white paper proposals sparked cabinet level resignations last week.

After quitting, former Foreign Secretary Boris Johnson singled out her treatment of the border as the biggest mistake of her negotiations with the EU for a smooth exit from the bloc next year and risked leaving Britain in a “miserable, permanent limbo”.

In her speech May hit back, dismissing Johnson’s suggestion that technology could allow customs checks without physical infrastructure, saying such systems did not yet exist. (