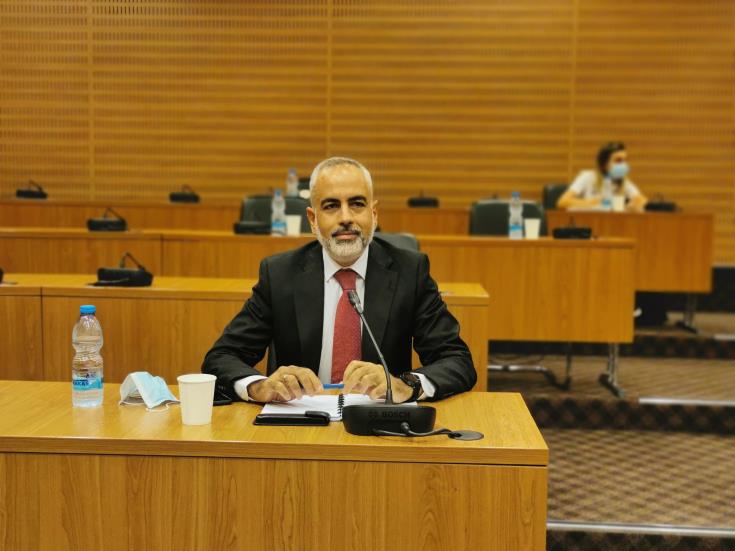 Cyprus’ Deputy Minister of Shipping Vassilis Demetriades said on Tuesday that the goal of establishing a Cyprus-Piraeus ferry link next May is attainable, adding that the Deputy Ministry is about to launch a tender in October.

“The May deadline is attainable, since with the launching of tenders we aim to provide a period of 2 to 2,5 months for candidates to study the proposals”, he said adding that terms will provide that the ferry link commences in early May, ahead of the summer season.

Speaking before the House Committee on Energy, Commerce, Industry and Tourism, Demetriades said that several issues are still under discussion with the Greek authorities and the port of Piraeus, including the fact that this will be the first arrival from a non-Schengen destination, and they talk about issues that have to do with the passenger terminal and customs.

“We are at the final stages of concluding the terms of the offer and the goal is to launch the tender within October”, the Deputy Minister went on, noting that presently there is interest from Cyprus, Greece and other European countries.

He also reminded that state aid which has been pre-authorized by the European Commission’s Directorate-General for Competition, covers passenger aspects for three years.

This gives enough time to determine whether the ferry link is viable, he added.

Demetriades also said that tender applicants will be able to choose between Larnaca and Limassol port as the point of departure and also determine the stopover location.

There is a ceiling limiting the fare to up to €50 for one-way tickets and €80 return, he added.