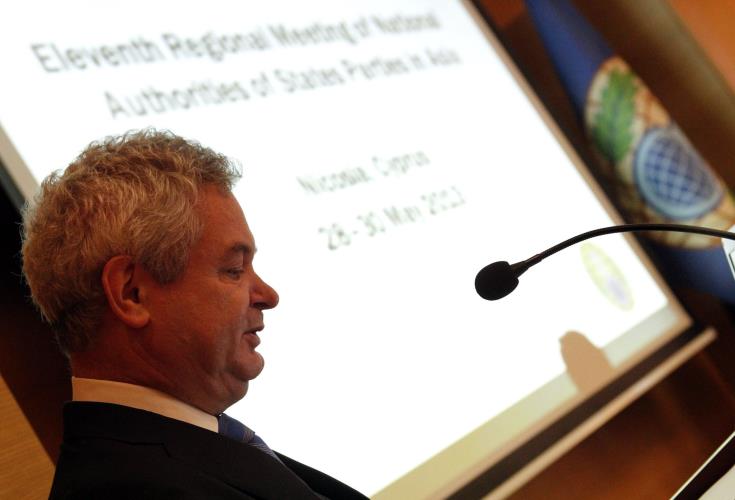 Bridging the gap between principles and actions is key to the credibility of the United Nations, said Andreas Mavroyiannis, the Permanent Representative of Cyprus to the United Nations. He was addressing a UN General Assembly debate on Wednesday, on the report of the UN Secretary-General regarding the work of the international organization.

Speaking about peace and security issues, Mavroyiannis said that the UN does not lack the legal basis or the tools to enforce compliance with international law, still it fails to do so more often than not.

The Permanent Representative also said that as a conflict state with part of its territory under occupation, and a country that has been experiencing the consequences of climate change for years, Cyprus is extremely concerned about the threat posed to peace and security by the climate crisis.

Furthermore, he said that we need to ponder whether the UN is ready to deal with an increased number of conflicts resulting from climate change and raised a number of issues regarding the consequences of countries becoming uninhabitable due to climate change.

We urgently need a comprehensive strategy that goes beyond mitigation, adaptation, and curbs on fossil fuels, said Mavroyiannis. This strategy must entail answers as regards the human dimension of climate change consequences, he added.

Speaking finally about the financial situation of the UN, the Permanent Representative said that Cyprus continues to actively support the Secretary General`s ambitious reform package. He said moreover that Nicosia shares the Secretary General’s concerns regarding the dire liquidity problems of the organization, which he said are regrettably hampering its ability to function properly.

A more rational, cost effective and results oriented approach in tune with today’s challenges and drawing from best practices all around the world is required more than ever, Mavroyiannis concluded.