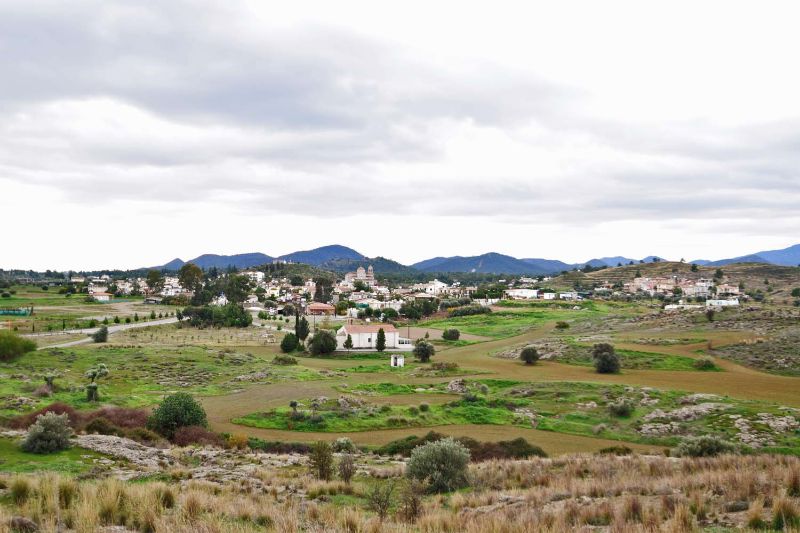 The community of Mathiatis is located in the Nicosia District, approximately 22 km away from the capital city. It is a semi-mountainous village with warm summers and mild winters and it neighbours with the communities of Agia Varvara, Lythrodontas, Sia, Delikipos and Analiontas.

Mathiatis is marked on the first sightseers’ maps as a place of archaeological and historical importance, which is directly linked with the two mines of the area, as well as with the discovery of the head of Bacchus (2nd – 1st century B.C.). The head is displayed at the Cyprus Archaeological Museum and constitutes the emblem of the State Theatre and the Cyprus Theatre Organisation.

When Cyprus was sold by the Ottoman Turks to the British in 1878, the latter assumed command of the island and chose to reside outside of the city so as to prevent possible hostilities. Respecting the community’s natural environment, geographical position and mild climate, Mathiatis was chosen for the establishment of their command unit and place of stay. In fact, the British named the area where they lived “British Residences”. However, they only monument preserved from that time is the British cemetery which is located at the entrance of the village, along the road leading from Agia Varvara to Mathiatis.

Prior to 1963, the village was inhabited by a mixed population consisting of 201 Greek–Cypriots and 208 Turkish–Cypriots. Nonetheless, the internal crisis, the hostilities and the unrest which occurred in December 1963, led the Turkish-Cypriots to abandon the village and seek shelter in neighbouring villages. As a result, the community has since then been inhabited solely by Greek-Cypriots.

After the war of 1974 and its consequences, several refugee families settled in Mathiatis.

Courtesy of the Community Council of Mathiatis