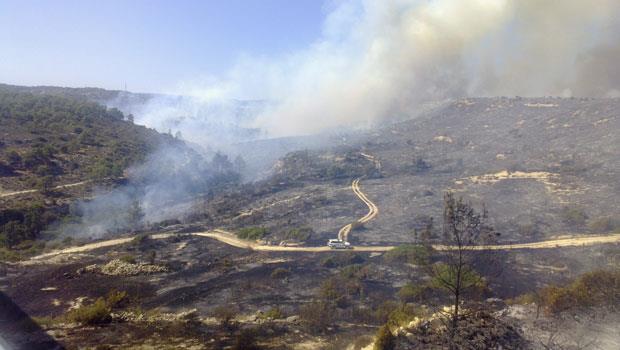 A massive blaze between the villages of Dora and Kouklia in the Limassol and Paphos districts, continued on many fronts, with dozens of firefighters with more than 30 vehicles on scene with the support of at least 9 planes and helicopters.

Arson is now almost confirmed, with police taking testimony from locals to establish exact cause.

The head of Dora community said that he spotted the fire at two thirty in the morning and decided to evacuate the village as a precaution. Police and civil defence knocked door to door and then gathered people at the square. They were ready to evacuate but was not necessary as the danger to the community was averted.

According to the fire department press spokesman Andreas Kettis, there is no longer danger to communities in the Mousere and Dora areas and crews are working to open corridors for ground fire fighting forces.

The fire keeps rekindling on many fronts due to strong winds.