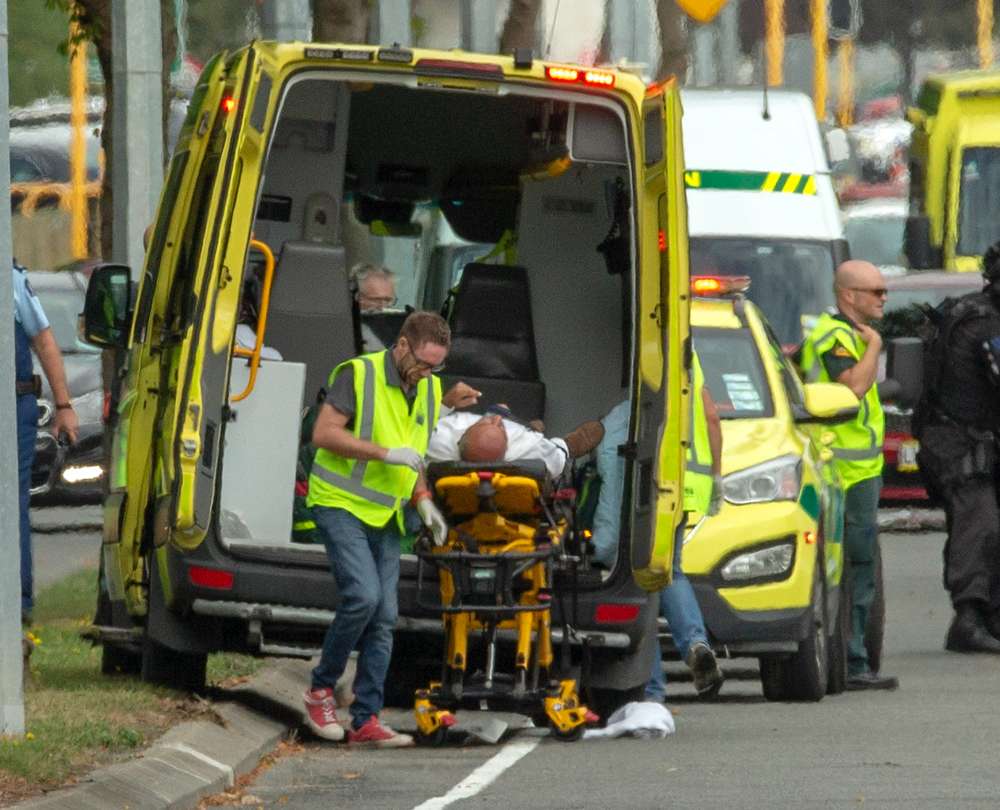 A gunman opened fire on Friday prayers at a mosque in New Zealand killing many worshippers and forcing the city of Christchurch into lockdown as police launched a massive manhunt.

New Zealand media reported that between nine and 27 people were killed, but the death toll could not be confirmed. Police said multiple fatalities had occurred at two mosques, but it was unclear how many attackers were involved.

Video footage widely circulated on social media, apparently taken by a gunman and posted online live as the attack unfolded, showed him driving to one mosque, entering it and shooting randomly at people inside.

Worshippers, possibly dead or wounded, lay huddled on the floor of the mosque, the video showed.

Reuters was unable to confirm the authenticity of the footage.

“This is one of New Zealand’s darkest days,” said Prime Minister Jacinda Ardern. “Clearly what has happened here is an extraordinary and unprecedented act of violence.”

Neither Ardern nor police gave a casualty toll.

Witnesses told media that a man dressed in a military-style, camouflage outfit, and carrying an automatic rifle had started randomly shooting people in the Al Noor mosque.

The Bangladesh cricket team was arriving for Friday prayers when the shooting occurred but all members were safe, a team coach told Reuters.

New Zealand’s Police Commissioner Mike Bush said “as far as we know” multiple fatalities occurred at two mosques. Police had one person in custody but they were not sure if others were involved, and people should stay away from mosques.

Police said earlier they were hunting “an active shooter” in the centre of Christchurch city.

“A serious and evolving situation is occurring in Christchurch with an active shooter,” New Zealand Police Commissioner Mike Bush said.

“Police are responding with its full capability to manage the situation, but the risk environment remains extremely high.”

The online video footage appeared to have been captured on a camera strapped to the gunman’s head.

After parking his vehicle he took two guns and walked a short distance to the entrance of the mosque.

He then opened fire. Over the course of five minutes, he repeatedly shoots worshippers, leaving well over a dozen bodies in one room alone. He returned to the car during that period to change guns, and went back to the mosque to shoot anyone showing signs of life.

Police said the second mosque attacked was in the suburb of Linwood.

All Christchurch schools and council buildings were placed into lockdown.

Radio New Zealand quoted a witness inside the Al Noor mosque saying he heard shots fired and at least four people were lying on the ground and “there was blood everywhere”.

“Horrified to hear of Christchurch mosque shootings. There is never a justification for that sort of hatred,” said Amy Adams, a member of parliament from Christchurch.

“They were on the bus, which was just pulling up to the mosque when the shooting begun,” Mario Villavarayen, strength and conditioning coach of the Bangladesh cricket team, told Reuters in a message.

“They are shaken but good.”

“Many of those who would have been affected by this shooting may be migrants to New Zealand,” Ardern said.

“They may even be refugees here. They have chosen to make New Zealand their home and it is their home … they are us. The persons who has perpetuated this violence against us … have no place in New Zealand.”