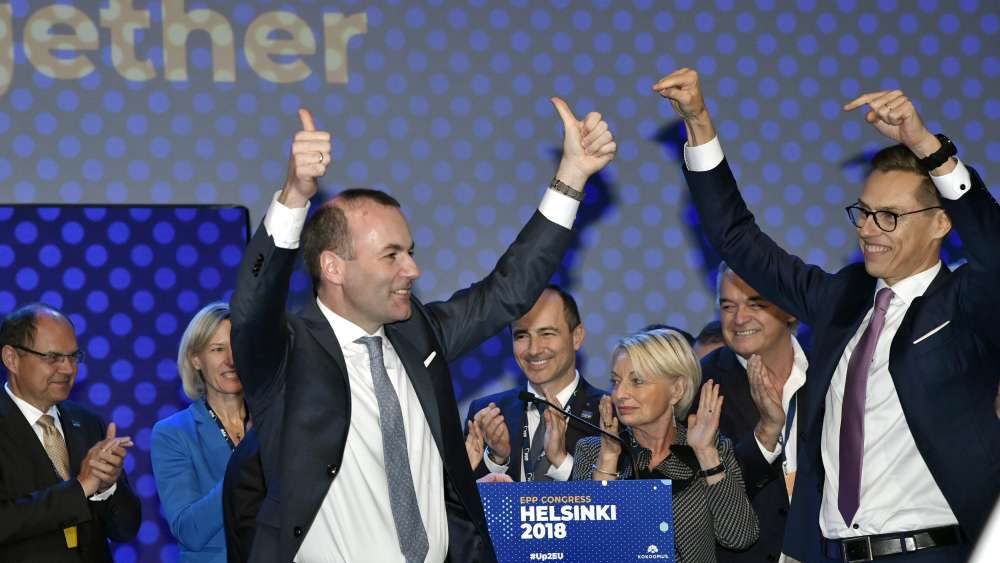 Manfred Weber, a reserved Bavarian who has modelled himself on Germany’s pragmatic chancellor, won the backing of Europe’s centre-right parties on Thursday to stand in the race to become European Commission president.

Weber, a German EU lawmaker, beat former Finnish prime minister Alexander Stubb to become the European People’s Party’s (EPP) top candidate in the European Parliament elections next May. That puts him among the frontrunners for the EU’s most influential job, the head of the bloc’s executive.

Weber, who is little known outside of Germany and the EU capital Brussels and has never held a ministerial position, won 79 percent of the support of delegates from Europe’s largest political grouping.

“The campaign starts here in Helsinki,” said Weber, a 46-year-old, guitar-playing Catholic who leads the EPP group in the European Parliament.

“We are bridge-builders, let’s use this momentum. Then we will win in May 2019,” he told delegates, emulating German Chancellor Angela Merkel’s language and cautious style of compromise.

It was a tone Weber used throughout his bid to become the successor to outgoing EU Commission president Jean-Claude Juncker, also of the EPP.

Popular with the Christian Democrat core of the EPP, an umbrella group of pro-market conservatives, Weber will now seek to challenge the anti-immigrant populists whom the grouping sees as threatening the values of openness and tolerance in Europe.

The EPP, including Merkel’s Christian Democrats, is set to win the most seats in the parliament elections, with 219 seats out of a total 705, according to data from different agencies on polls and recent election results analysed by Reuters.

But with the EPP losing influence in France and Spain, the rise of far-right parties across Europe, and with populists in its ranks in Hungary, Europe’s biggest political force faces accusations that it represents an out-of-date politics.

The decision of who gets the Commission job also depends on the EU’s national leaders.

Centrist French President Emmanuel Macron, who swept aside France’s traditional political parties with his 2017 victory, rejects a 2013 European Parliament agreement that the parliamentary election winner should take the Commission job.

Under that deal, designed to bring the European Union closer to voters, whichever group comes top in the European assembly’s election will have first chance to try to obtain parliamentary backing to be Commission president.

Such a contest is aimed at making the vote more relevant to citizens, who have turned out in ever smaller numbers to vote in European elections since the first were held in 1979.

By In Cyprus
Previous articleDead woman found inside car in Cavo Greco sea
Next articlePaphos: parking violations getting out of control, citizens say