Man who filmed himself deliberately running over emus, arrested (video) 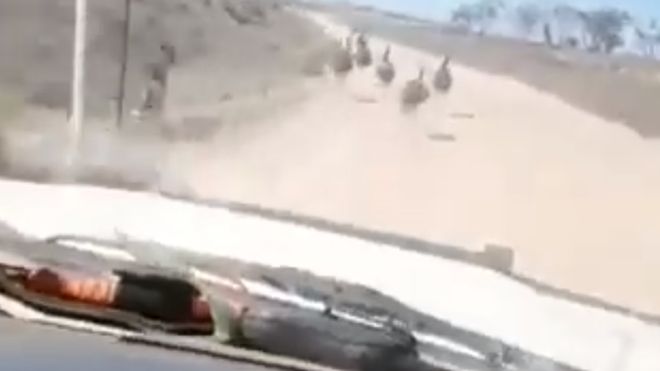 An Australian man has been arrested over a video that allegedly showed him deliberately driving his car into several emus.

The footage caused outrage after surfacing online earlier this week and prompted a nationwide effort to find the perpetrator.

In the video, the driver is heard cheering as he strikes the birds on a dirt road with his car.

Police said the footage, which shows the driver’s face, was filmed in Cowangie, a town about 500km (300 miles) north-west of Melbourne.

The RSPCA said: “[We] unequivocally condemn this type of behaviour, as it clearly shows a disregard for the lives of vulnerable native animals.”