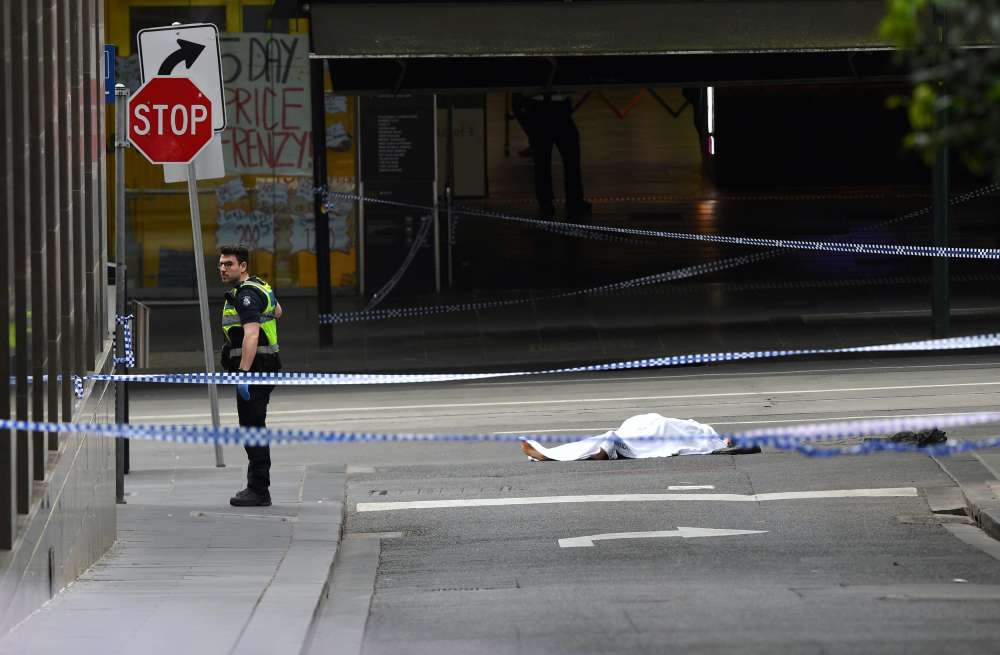 A man stabbed three people in the Australian city of Melbourne on Friday, killing one, before being shot and wounded by police, who said the attack was not believed to be terror-related.

Video posted to Twitter and broadcast on television showed a man repeatedly swinging an object at two police officers in the downtown area of the city. One of the officers raises his weapon, a shot is heard and the man falls to the ground clutching his chest.

“Police shot the male in a chest and he is now in critical condition under guard in hospital,” Victorian police superintendent David Clayton told reporters.

Police said they had initially responded to a car on fire. The bomb response unit has been called in and the streets closed to the public.

“There’s no known link to terrorism at this stage,” Clayton said. “We’ll keep an open mind as to whether there’s any link.”

The street where the car caught fire was the scene in January 2017 of a fatal but not terror-related incident in which a man drove his car at pedestrians at high speed, killing six people and wounding about 30.

By In Cyprus
Previous articleCall for proposals to support agricultural investments in Turkish Cypriot community
Next articleParliament moves to raise traffic fines, €300 for seat belts