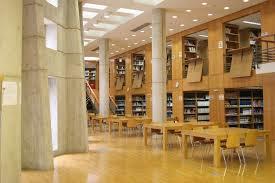 A 20-year-old student who ejaculated on the back of a 20-year-old female student at the library of Aristotle University of Salonika earlier this month on Tuesday got a ten-month prison sentence with a three-year suspension.

The defence of the defendant, who was absent from the trial, had requested a postponement but Salonika Criminal Court rejected it.

The incredible event which went viral saw a young woman absorbed in her studies until she felt touched by something behind her back.

Seconds later she realised that her blouse was contaminated with semen and after turning her head she saw a young man looking at her straight in the eyes and then fleeing.

She screamed for help and the library manager chased the man. With the help of a guard, he was immobilised near the Theological School. He turned out to be a student at Aristotle University himself.