Man charged with throwing a milkshake at Brexit Party’s Farage 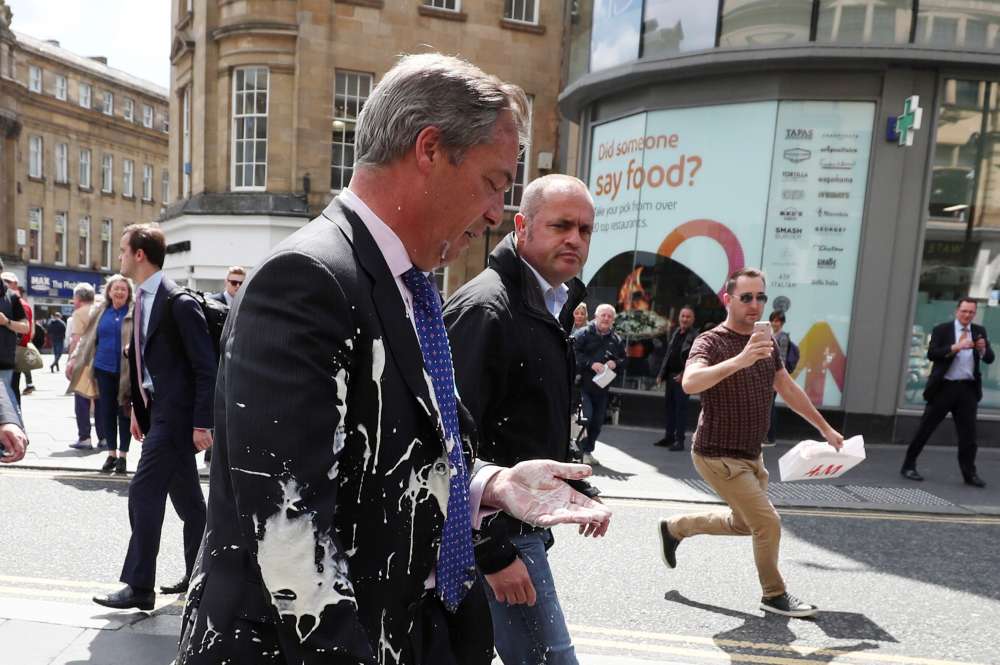 A man has been charged with common assault and criminal damage after a milkshake was thrown over Nigel Farage, the leader of Britain’s Brexit Party, police said on Tuesday.

Farage, one of the leading figures in the campaign for Britain to leave the European Union, was covered in the milkshake at a campaign event for the European Parliament elections in the northern English city of Newcastle.

He is the latest anti-EU figure to be doused with the drink by protesters ahead of Thursday’s vote.

Northumbria Police said they had now charged a 32-year-old man, Paul Crowther, over the incident. He is due to appear in court later on Tuesday.

“At around 1 p.m., a 55-year-old man had a milkshake thrown at him in the city centre,” police said in a statement. “A 32-year-old man was detained at the scene and arrested by police.”

By In Cyprus
Previous articleDBRS: Cyprus faces significant credit challenges
Next articleChicken with cabbage and shrimps