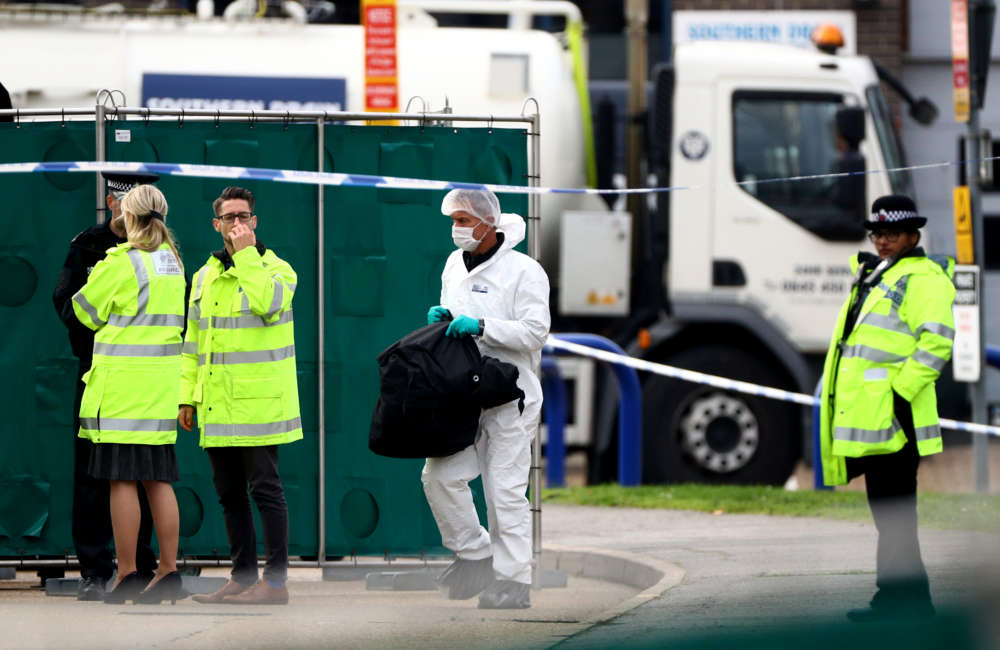 British police have charged a 23-year-old man from Northern Ireland with human trafficking offences as part of their inquiry into the deaths of 39 Vietnamese people found in the back of a truck near London last month.

The police said in a statement that Christopher Kennedy was arrested on Friday, Nov. 22, and that he is due to appear at Chelmsford Magistrates’ Court in England on Monday.

The victims, 31 males and eight women, were found in a truck container on an industrial estate in Grays, Essex, not far from docks on the River Thames, on Oct. 23.

The truck driver, who is also from Northern Ireland, has been charged with 39 counts of manslaughter, conspiracy to traffic people, and money laundering.