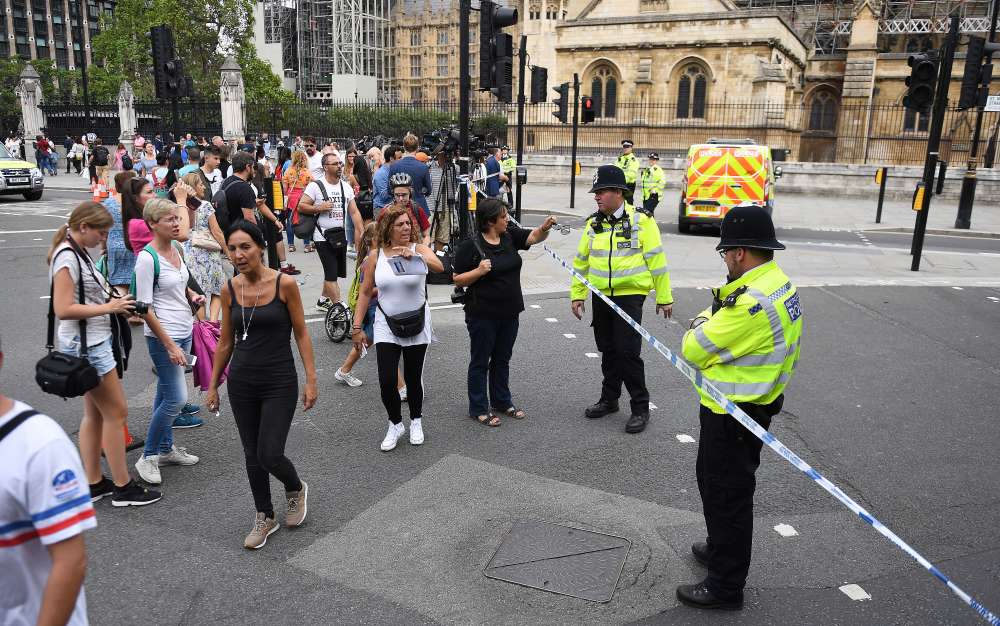 A man detained on suspicion of carrying out a terrorist attack outside Britain’s parliament is Salih Khater, a British citizen of Sudanese origin, a European security source told Reuters on Wednesday.

Police believe a car was deliberately driven into pedestrians and cyclists, injuring three people, before ramming a security barrier outside parliament on Tuesday morning.

The 29-year-old driver was arrested by armed officers at the scene moments later. He is currently being questioned on suspicion of preparing acts of terrorism and on Wednesday was further arrested on suspicion of attempted murder, although police have said he is not co-operating with detectives.

The security source told Reuters that Khater was from Birmingham, central England, and was not known to security services before Tuesday.

A spokesman for nearby Coventry University told the Daily Telegraph newspaper Khater had studied accountancy from September 2017 until May 2018 but failed his first year course and lost his place.

On Wednesday, London police confirmed that they were satisfied they knew the identity of the arrested man, saying he was originally from Sudan although they did not name him.

In a statement, police said officers were still searching one address in the city of Birmingham but had concluded their investigations at two other properties in Birmingham and Nottingham, also in central England.

“The priority of the investigation team continues to be to understand the motivation behind this incident,” the statement said.

Speaking shortly after the incident, Britain’s counter-terrorism police chief said that given the iconic location and the method used, it appeared the incident was “a deliberate act” and was therefore being treated as a terrorist incident.

Video footage showed the car veering across the road and into a security lane leading to parliament before smashing into the barrier. No one else was in the vehicle at the time and no weapons have been found.

The car involved, a silver Ford Fiesta, has been removed and the security lane was open as usual.

The Fiesta was driven down to the British capital from Birmingham on Monday night and was then in the Tottenham Court Road area, near central London’s main shopping district, for about four hours, police said.

At about 0500 GMT it headed to the Westminster and Whitehall area where parliament and most central government departments are located before the incident occurred at 0637 GMT.

Police said the incident appeared to be the second terrorist attack at the parliament building in just under 18 months, after a British-born Muslim convert killed four people on nearby Westminster Bridge in March 2017.

He also stabbed to death an unarmed police officer in the grounds of parliament before being shot dead.

That was the first of five attacks in Britain last year that police designated as terrorism, three of which used vehicles as weapons.

The latest attack has prompted a debate about banning traffic from the square and making it a pedestrian area, an option favoured by London Mayor Sadiq Khan.

“I’ve been an advocate for a while now of part-pedestrianising Parliament Square, but making sure we don’t lose the wonderful thing about our democracy which is people having access to parliamentarians, people being able to lobby parliament, and visitors being able to come and visit parliament,” he told BBC radio.

London police chief Cressida Dick said they would discuss the idea with Khan, parliament’s authorities and the intelligence agencies.

“As with anything, there is a balance to be drawn. Vehicles are on our streets all the time. We have crowds on our streets as well. The terrorists want us to completely change our way of life,” she told LBC radio.

“We’re not going to just change our lifestyle but it is important that we take reasonable measures, as I think we have been doing over the last several months to try to make sure that the most iconic sites, including those in central London, are well protected.”