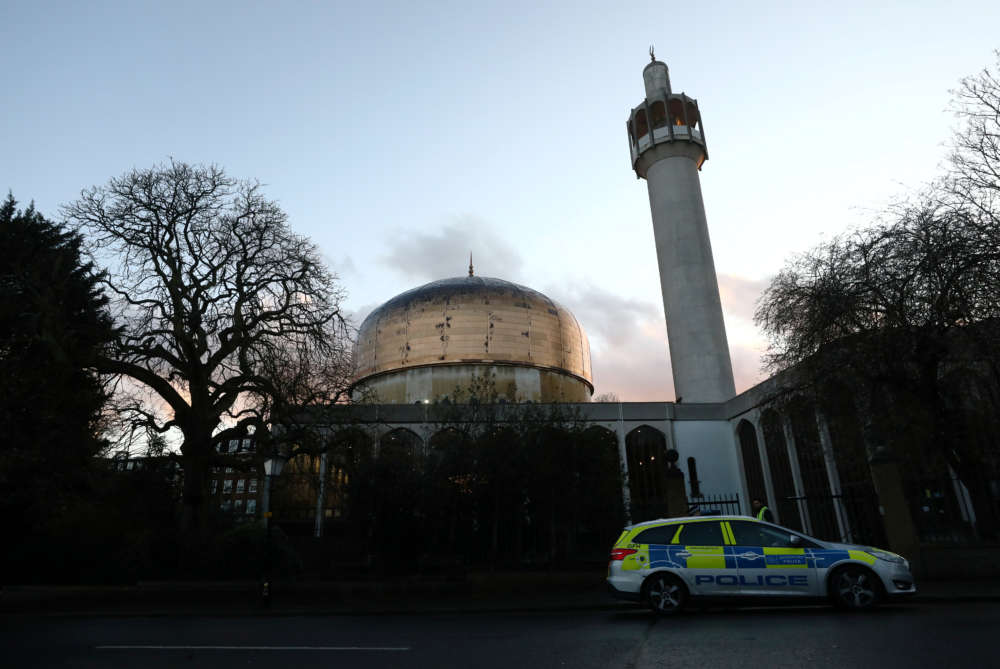 A man stabbed a 70-year-old muezzin leading prayers inside a London mosque on Thursday and was arrested on suspicion of attempted murder, police and mosque officials said.

“The muezzin did not sustain any life-threatening injuries but was seriously injured and is being treated at the hospital,” the London Central Mosque Trust said in a statement.

Pictures posted on Twitter showed police officers restraining a man in the prayer hall of the mosque, near Regents Park, and then leading him away.

A witness said around 100 worshippers were in the mosque hall at the time of the attack and roughly 20 people jumped on the assailant.

“I heard screaming,” said the witness, who declined to give his full name, “and then we saw the blood.”

He said the victim was stabbed around the top of his shoulder by a man who had been attending the mosque for about six months before Thursday’s incident.

British Prime Minister Boris Johnson said he was deeply saddened to hear of the attack.