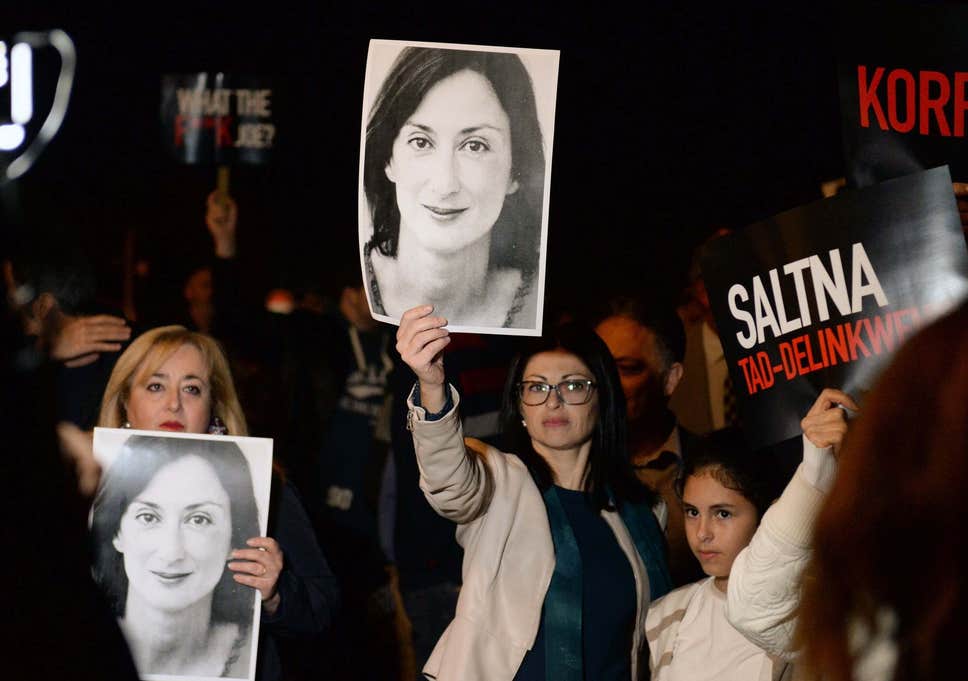 A Maltese court on Saturday rejected a complaint over his arrests by a man who has been repeatedly questioned by police over the 2017 murder of journalist Daphne Caruana Galizia.

Yorgen Fenech, one of Malta’s wealthiest businessman, argued that the way police have been arresting him and releasing him without charge was illegal.

The police and the attorney general rejected this and a magistrate in Valetta upheld their arguments on Saturday, saying his arrests have been legally valid.

Caruana Galizia, a campaigning journalist who investigated and exposed corruption, was blown up by a car bomb in October 2017. The case has developed into a political crisis for the government of Prime Minister Joseph Muscat.

Fenech was arrested on Nov. 22 and has since been released and re-arrested five times as police question him and seek to corroborate information he gives them. In Malta, a suspect must be charged or released within 48 hours.

Police sources have called Fenech the chief suspect in the case.

Fenech, who was re-arrested on Saturday, has not commented publicly on this. He said only when he spoke to journalists on Friday that the “truth will come out”.

Fenech’s arrest came days after the arrest of Melvin Theuma, who said he was the middleman in a plot to murder Caruana Galizia. Theuma, who has been officially pardoned after agreeing to testify about his role, named Fenech as the man who paid for the operation.

The case has put intense pressure on Muscat and the Times of Malta reported on Friday that the prime minister planned to resign.

Asked about this, a spokesman for the prime minister said that Muscat “has pledged various times he wants to see this case through. He will make announcements in due course”.

During Saturday’s proceedings in Valetta, Fenech’s lawyers argued that their client’s releases from arrest had not been “manifest and effective”, as required by law, making his detention illegal. The magistrate hearing the case rejected this argument.

Fenech has also requested a pardon, saying in court papers that he can give information on the plot involving the prime minister’s former chief of staff Keith Schembri, former tourism minister Konrad Mizzi and Chris Cardona, who has suspended himself as economy minister.

Schembri and Mizzi resigned on Tuesday because of documents that suggested possible financial links between them and Fenech.

Schembri, who was arrested on Tuesday in connection with the murder but released without charge on Thursday, has not commented since his resignation or arrest. He previously denied any wrongdoing.

Mizzi on Tuesday denied any business links with Fenech and any wrongdoing.

Cardona has denied any role in the murder or any wrongdoing.

Muscat said on Thursday the government had turned down the pardon request on the advice of the attorney general and the police.