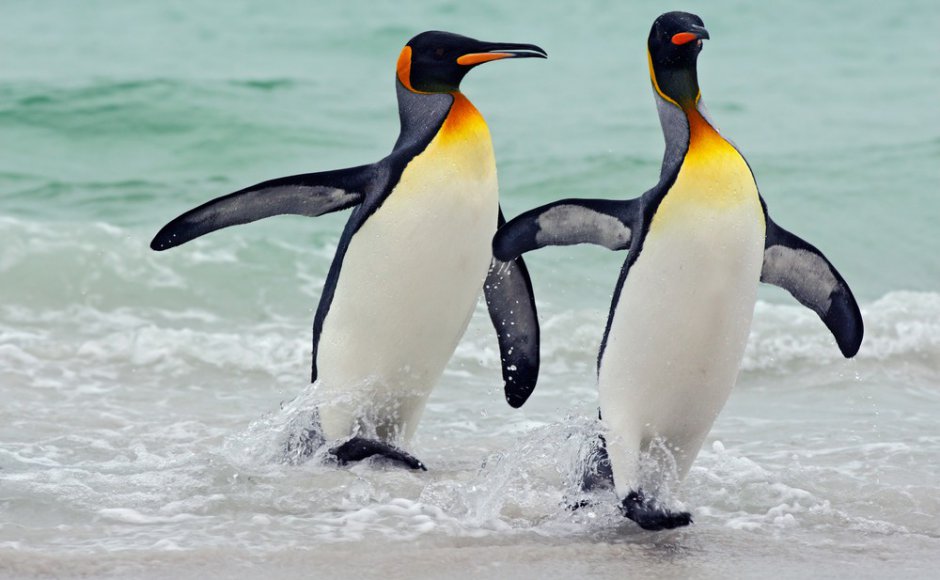 A pair of male king penguins at Berlin Zoo are fulfilling a long-standing ambition to become parents, by adopting an egg abandoned by its mother.

Ten-year-olds Skipper and Ping had previously displayed their instincts as nurturers by trying to hatch stones and even fish, a zoo spokesman said.

Their encounter with the real thing came last month after a king penguin mother abandoned an egg – and they jumped at the chance.

“We just had to put it in front of one of the males. He immediately knew what to do. This is the first time we have tried to have a same-sex penguin couple incubate an egg,” keeper Norbert Zahmel said.

So far the surrogacy seems to have worked out. “Both are looking after the egg in an exemplary manner,” he told local newspaper B.Z.

If things continue to go well and the egg proves to be fertile, Skipper and Ping should become proud parents by early September.

By Bouli Hadjioannou
Previous articleNew yellow alert as Cyprus continues to bake
Next articlePaphos: Man jailed for three and half years for sexually abusing child

According to the Epidemiological Surveillance Unit of the Ministry of Health 13 new cases of the SARS-CoV-II virus were detected out of a total...
Read more
Local

Police arrested a minor on Friday afternoon in connection to a case of bank robbery committed shortly before 12:00 in Strovolos. The suspect stole approximately...
Read more
Local

Mainly fine weather on Saturday with yet another yellow alert for extremely high temperatures in effect from 12:00 to 17:00. Temperatures are expected to rise...
Read more
Local

New type biometric ID cards to be released in Cyprus

The Civil Registry and Migration Department announces that on August 17 the new version of the identity cards issued to Cypriot citizens will be...
Read more
Local

Larnaca's Mackenzie Beach now open to the public as normal. The Municipality of Larnaca announces: "As of today, Friday, August 14, 2020, Mackenzie Beach is now...
Read more

Prime Minister Kyriakos Mitsotakis urged young people to be cautious due to the increase of the corona virus incidents in Greece at a meeting...
Read more
World

Trump ignores reporter who asked if he regrets ‘all the lying’

U.S. President Donald Trump on Thursday ignored a question by a reporter during a White House briefing who asked if he regretted all the...
Read more
World

Turkish President Tayyip Erdogan warned Greece on Friday that Turkey will retaliate against any attack on its seismic exploration vessel Oruc Reis in the...
Read more