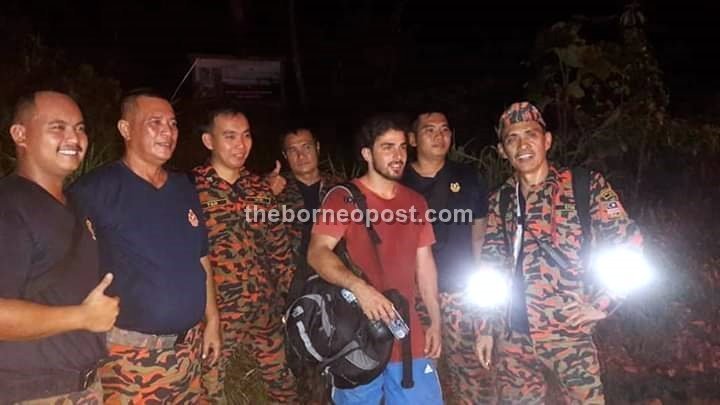 Rescuers in Malaysia found a 22 year old Cypriot who was reported missing while hiking on the 810 metre Santubong mountain.

Local media reported that the 22 year old, a tourist, ended up lost on Mount Santubong in southern Sarawak after he ventured into a deep gorge and could not find his way out.

According to the operations commander, Senior Assistant Fire Superintendent Tan Min Chai, the Cypriot made a wrong turn while descending the mountain which caused him to lose his way and miss the designated trail.

Search and rescue parties climbed the mountain to find him and they managed to successfully rescue and bring him down to safety at about 11 pm last night (local time).

According to the Malay Mail, he was found near the top of the mountain in a deep gorge and was pulled up using a rope.

He was then brought down to the foot of the mountain and sent to the Sarawak General Hospital in Kuching about an hour away.

Malaysian media said that the Cypriot suffered from exhaustion but was not physically hurt.

Search and rescue teams were deployed yesterday after the 22 year old failed to contact the base camp of his whereabouts.

A forest ranger then lodged a report with the Santubong police station seeking assistance from the police to search for the Cypriot.