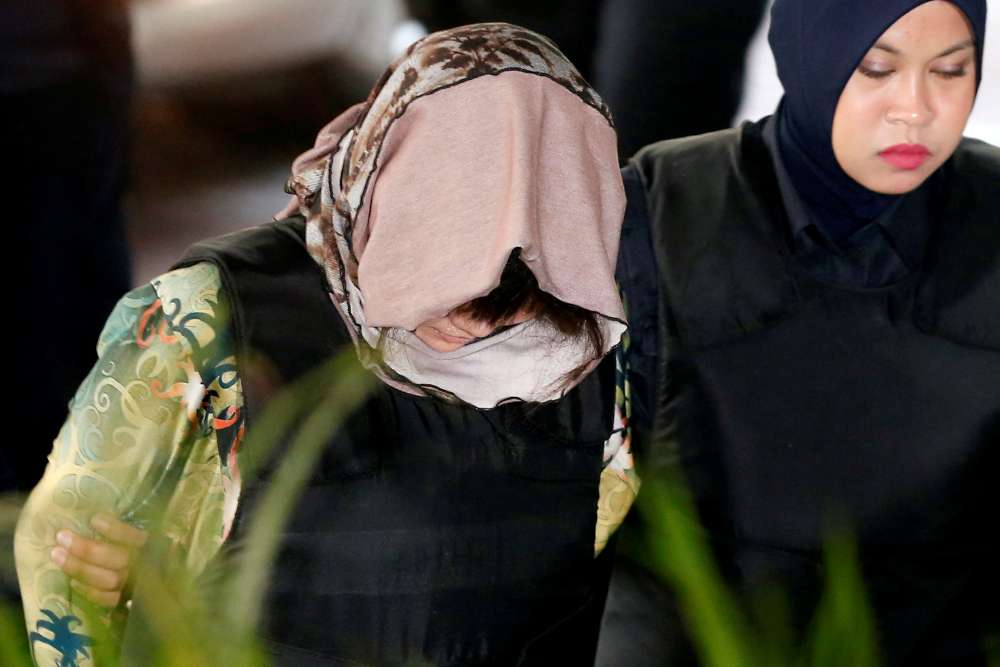 The trial of two women charged with the murder of the estranged half-brother of North Korean leader Kim Jong Un will continue, a Malaysian judge ruled on Thursday, adding that the evidence was insufficient to prove it was a political assassination.

Indonesian Siti Aisyah and Doan Thi Huong, a Vietnamese, face the death penalty on charges of murdering Kim Jong Nam by smearing his face with VX, a nerve agent banned by the United Nations, at a Kuala Lumpur airport on Feb. 13 last year.

Trial judge Azmi Ariffin accepted the prosecution’s case that the women shared a common intention, with four individuals still at large, to cause the death of Kim Jong Nam, and ordered them to enter their defence.

“I must accordingly find that the prosecution has made a prima facie case against the accused persons and must therefore call upon them to enter their defence,” he said as he read his judgment.

While Azmi did not rule out the possibility that the killing could have been a political assassination, there was insufficient evidence to prove it, he added.

The women will take the stand between November and February next year, the court has scheduled.

The women, who are both in their 20s, have pleaded not guilty, saying they thought they were involved in a prank for a reality TV show.

The judge, however, said he was not persuaded by the defence argument that it could have been a prank, or a prank reality show, as there was no hidden crew and no attempt to bring the target in on the joke, as is usual in such shows.

“The sole purpose of a prank is fun with no intention to cause any type of harm … the use of the word suggests that the act must get everyone laughing at the end, even the target,” Azmi told the court.

After the ruling, a weeping Siti Aisyah was comforted by her lawyers and officials of the Indonesian embassy. Huong did not react.

In Vietnam, responding to Thursday’s events, Huong’s father, Doan Van Thanh, said, “I don’t know what to do next. I just hope they will announce her innocent so that she can return home.”

Both women behaved similarly, even though there was no evidence they knew each other or the victim, Azmi added.

“The pattern of attack was similar, it was timely done and simultaneously done,” he added.

Defence lawyers say the killing was politically motivated, with many key suspects linked to the North Korean embassy in the Malaysian capital, suggesting the women were simply pawns.

Siti Aisyah’s lawyer Gooi Soon Seng has called the evidence against his client “flimsy and circumstantial” as it relied only on the security footage and the traces of VX on her.

Huong’s lawyer, Hisyam Teh, has said his client’s conduct after the incident was that of an innocent person.

The prosecution wrapped up closing arguments in June at the court on the outskirts of the Malaysian capital, based on testimony from 34 witnesses.

Expert witnesses testified that traces of VX were found on the clothing of both women. Video recordings played in court showed them meeting two of the fugitives at the airport before the attack. They also show Huong appearing to smear something on Kim Jong Nam’s face.

Pyongyang has denied accusations by South Korean and U.S. officials that Kim Jong Un’s regime was behind the killing