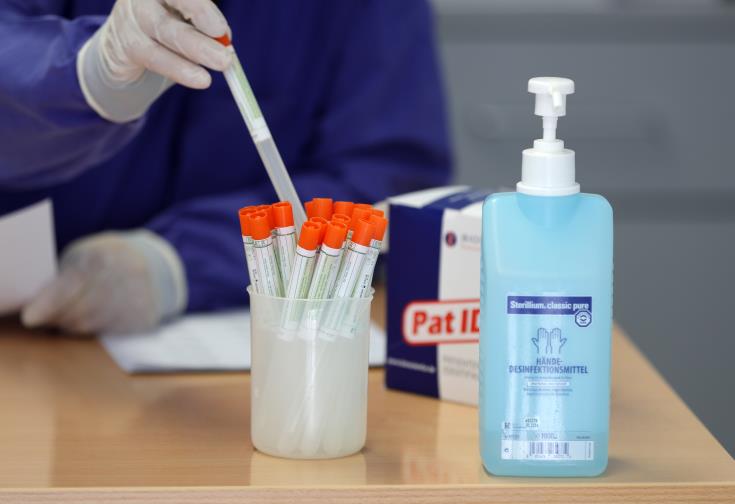 The majority of imported COVID-19 cases recorded in Cyprus in the last few weeks were asymptomatic, says Professor Petros Karayiannis, member of the Scientific Advisory Team and Professor of microbiology and molecular virology of the University of Nicosia’s Medical School, Petros Karayiannis.

He also said that authorities need to have a detailed picture regarding the itinerary of passengers flying to Cyprus from countries listed as Category C via transit. Asked by CNA about the cases that were detected among passengers and people who were repatriated from Category C countries, as announced by the Ministry of Health on Saturday, Karayiannis said that there was no particular concern.

“We need to have a detailed picture about the airports through which they travelled” he said. The professor explained that some passengers may interrupt their journey at an intermediate destination for a short period of time before continuing their journey to Cyprus. Even if they possess a certificate that they are COVID-19 negative, they may catch the virus while in transit, therefore caution is advised, he added.

Professor Karayiannis notes that the overall epidemiological situation in Cyprus is very good. “A lot of time passed since the beginning of the pandemic and most [patients] have fully recovered” he said. The remaining cases are people who arrived from abroad during the last 2-3 weeks, he added and said that “the majority of those who have been detected were asymptomatic, thus they were not admitted to the referral hospital.”

According to the Ministry of Health’s Epidemiological Monitoring Unit, between June 12 and 25 two cases were admitted in the hospital, in 15 and 22 June respectively. Of them, one case was discharged from hospital on June 17. No patients were admitted to Intensive Care Units during this time.

As for the procedure applying to passengers coming from category C countries, Karayiannis said that upon their arrival they need to fill out a document, providing details about their point of departure and transit countries. They are subsequently tested for the virus, since many are not able to secure a certificate from the country they departed. People remain confined for 24 hours until results are ready and then they stay in isolation for another two weeks, he concluded.