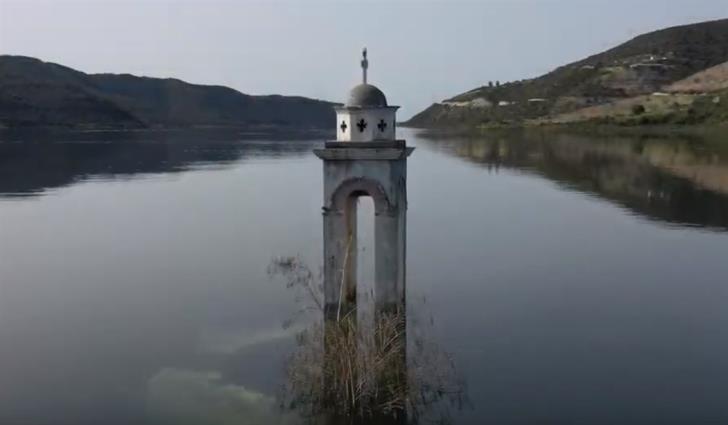 Cyprus From Above has posted underwater and aerial footage of the submerged church of Ayios Nicolaos in Kouris dam.

The church is visible only if water levels drop and with the abundant rains and inflow of water into the dam this winter, it is gradually ‘disappearing’ again, with only the spire visible.

Kouris Dam is currently 91% full compared to only 16.8% on the same day last year.

Alassa is situated 12 km from Limassol on the road to Platres and was relocated here in 1985 after the village was submerged with the construction of Kourris dam — Cyprus’ biggest.

The original village is believed to date back to the 17th century. It was later abandoned until 1881 when a small community of 23 residents settled there, growing to 200 residents in 1930. The current village numbers about 232 residents.

By In Cyprus
Previous articleThousands gather for Anzac Day in Australia, New Zealand amid heightened security
Next articleEquality Allies at Work: Everyone can be an ally