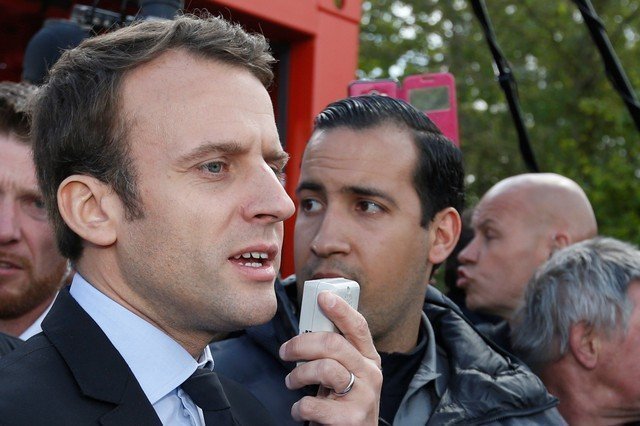 French President Emmanuel Macron has decided to fire the bodyguard who was caught on camera hitting a May Day protestor after “new facts” emerged about the alleged misdemeanour, the president’s office said on Friday.

“New facts that could constitute misdemeanour by Alexandre Benalla were brought to the president’s attention,” an official at the Elysee palace told Reuters.

“As a result… the presidency has decided to start Alexandre Benalla’s dismissal procedure,” the official added.

Benalla was being questioned by police, a judicial source said separately.

On Thursday, Macron had come under fire after his office briefly suspended one of his aides for beating a May Day protester and posing as a police officer, but did not inform law enforcement authorities.

Critics of Macron said the incident reinforced perceptions of a lofty, out-of-touch president, following controversies over government spending on official crockery, a swimming pool built at a presidential retreat, and cutting remarks by the president about the costs of welfare.

A video from a May Day rally this year, released by Le Monde newspaper on Wednesday, showed a man wearing a police helmet and identification tag dragging a woman away and then beating a demonstrator. He was later recognised as a member of the French presidency staff.

“The staff member, Alexandre Benalla, had been given permission to witness the demonstrations only as an observer,” presidential spokesman Bruno Roger-Petit said in a video statement.

“Clearly, he went beyond this…He was immediately summoned by the president’s chief of staff and given a 15-day suspension. This came as punishment for unacceptable behaviour.”