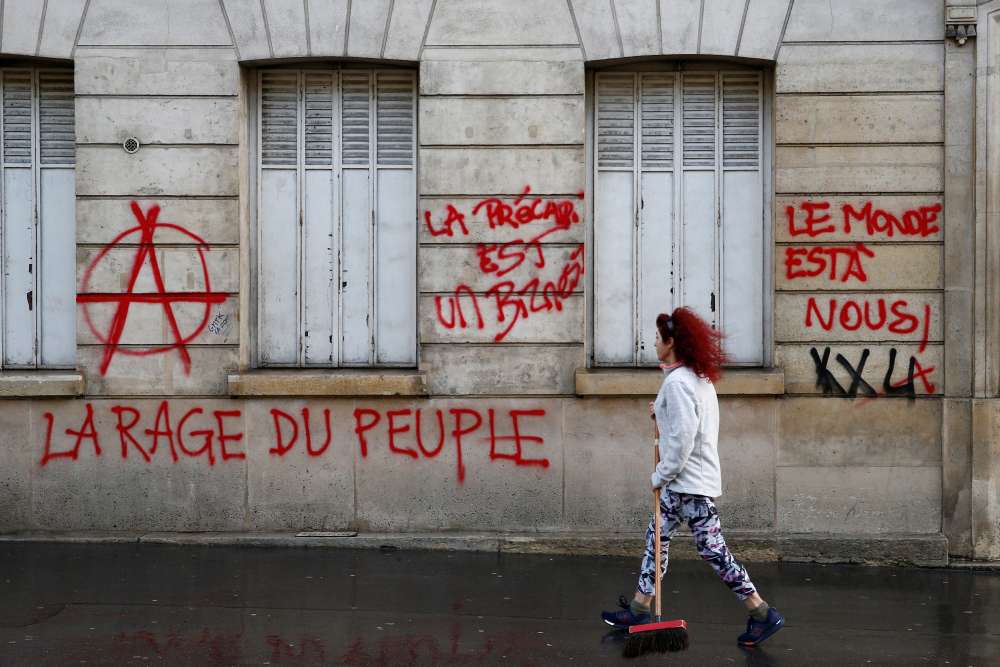 President Emmanuel Macron needs to unify a country divided by the forces of globalisation in a national addresses on Monday and end anti-government protests that will cut economic growth by about 0.1 percentage points, France’s finance minister said.

Protesters rioted in Paris and cities across France on Saturday in a fourth weekend of unrest that first erupted over high living costs but has morphed into a broader anti-Macron rebellion.

“Our country is deeply divided, between those who see that globalisation has benefited them and others who can’t make ends meet, who say … globalisation is not an opportunity but a threat,” Finance Minister Bruno Le Maire told RTL.

“It is the president’s role to unify the country.”

Le Maire would not be drawn on a figure for annual economic growth in 2018 but said the wave of unrest was hurting France’s image among foreign investors and would knock 0.1 percentage points off output in the final quarter.

Macron will make a televised address at 20:00 local Paris time (1900 GMT) as he seeks to placate “yellow vest” protesters, whose revolt poses the most formidable challenge yet to the 40-year-old leader’s 18-month presidency.

Le Maire reiterated his desire to accelerate tax cuts but suggested he was not in favour of reinstating a tax on wealth — known as the ‘ISF’ — that Macron narrowed when he came into office, and which earned him the tag ‘president of the rich.

“Does the ISF help reduce poverty, reduce our debts, reduce public spending? No. If you want to hunt for money, go knocking on the doors of digital tech companies,” Le Maire said.

Le Maire said last Thursday that France would tax digital giants at a national level from 2019 if European Union states could not reach an agreement on a tax on digital revenues for the bloc.

“It is time they paid a fair level of tax,” he told RTL on Monday.