Macron expresses hope for the resumption of the Cyprus peace talks 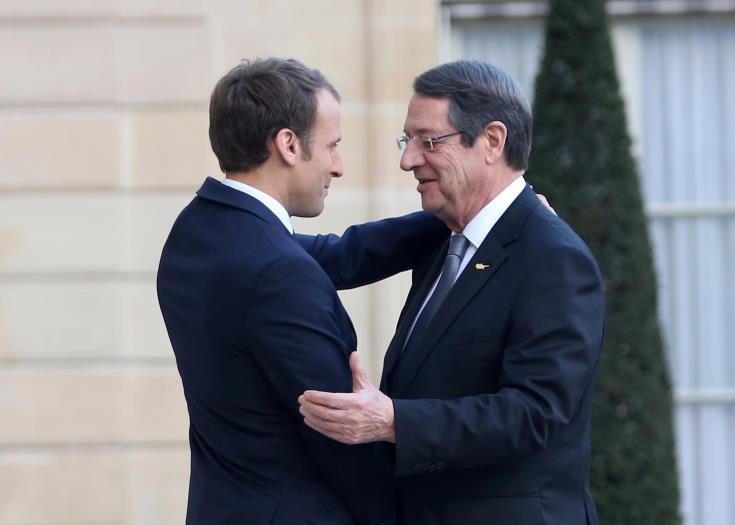 French President Emmanuel Macron has expressed his hope for the resumption of the Cyprus peace talks “as soon as possible”, in a congratulatory message to President Nicos Anastasiades to mark the Republic’s Independence Day, celebrated on October 1.

According to a presidency press release, in his message Macron said that “our long and rich cooperation will be further enhanced during this year in all matters of common interest as part of the strategic agenda which unites us.”

As you know, he added, “France supports a just, comprehensive and viable solution of the Cyprus problem, in line with the agreed principles of the United Nations and compatible with the acquis communautaire, so that all Cypriots can finally find a way to live together in a reunited island.”

He expressed his hope “for the resumption of negotiations as soon as possible.”

“As an EU member, as a Security Council permanent member, I put France in the parties’ disposal for the resumption of the peace process,” Macron concluded in his message.