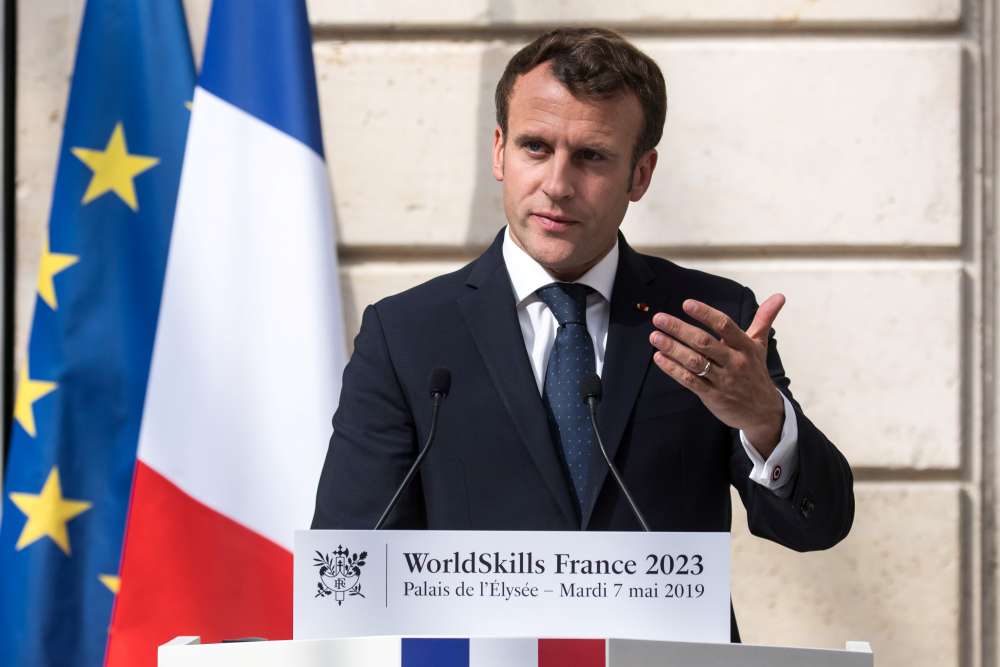 A series of missteps by Emmanuel Macron’s lead candidate for European Parliament elections has unsettled the French president’s camp barely three weeks before the vote, which Macron sees as crucial for French influence in Europe.

By picking European affairs minister Nathalie Loiseau, a career diplomat once described as “Macron’s secret weapon” in Brexit talks, the president was hoping to capitalise on her expert knowledge of EU affairs and her Catholic background to expand his appeal beyond centrists to more conservative voters.

But Loiseau, who has no political campaign experience, has got off to a shaky start, with a series of gaffes that have put Macron’s team on the defensive on a subject the French leader considered his forte.

In recent weeks Loiseau has been forced to explain why, as a student at the elite Sciences-Po university 35 years ago, she ran on a student union ticket that included far-right activists.

After initially denying it, Loiseau then dismissed it as a “youthful mistake” and chose to attack the founder of Mediapart, the respected investigative website that revealed the story.

In another blunder, she said she “had been received like a gipsy” when she became director of the elite ENA administrative school because she was not an alumna, prompting more criticism.

And Loiseau caused more unease in secular circles when she invited journalists to join her for celebrations marking the Christian festival Palm Sunday.

With Macron framing the European election as a battle between Eurosceptic, anti-immigrant nationalists and pro-EU “progressives” such as himself, the fact his candidate has had to defend her liberal credentials has led to consternation.

“It’s not easy,” one irritated Macron lawmaker involved in the campaign told Reuters. “It’s hard to focus on substance when we have to spend three days over a tweet or controversies on social media.”

In France, the number of seats a party wins in the European Parliament is determined by the proportional representation system across a single, national constituency. The party allocates its seats according to its list of candidates, in the order it presented them in.

The higher you are on the list, the better the chance you have of winning a seat. Top candidates on the lists therefore serve as flag-bearers for their parties.

Loiseau, a 54-year-old technocrat who struggles to work a crowd or play politics, appears flat next to both rivals, with Bardella particularly full of energy when delivering populist soundbites against immigration and globalization.

Bellamy, the Republicans’ top candidate, has had some success in re-energising the centre-right party since its collapse after its presidential candidate, Francois Fillon, was defeated by Macron in the 2017 election.

Recent opinion polls have shown both Bardella and Bellamy gaining ground with voters, while Macron’s party has slipped below the score he reached in the first round of the presidential vote two years ago.

An Ipsos poll last week saw the far-right list move into the lead on 22 percent, while Macron slipped to 21.5 percent. The Republicans were in third place on 13.5 percent.

Finishing behind Le Pen’s party in the May 26 vote would be an embarrassment for Macron on the European stage, especially as the French leader is trying to persuade other EU countries to support his integrationist agenda. Coming second would diminish his influence in choosing the next group of EU officials.

For some analysts, the Macron camp’s struggle to set the agenda in the campaign is down to Macron’s preference for technocrats over experienced politicians and his party’s inability to let other strong personalities emerge.

“Macron is the only glue that holds his En Marche movement together, and the further his political fortunes sink as the time for his re-election approaches, the greater the danger that things come unstuck,” analysts at the Eurointelligence newsletter wrote.

Potentially underlining that point, Macron will personally throw himself into the campaign in the coming weeks, possibly by appearing at a campaign rally, an Elysee source told Reuters.

Yet as was shown during three months of national debate prompted by the “yellow vest” protests, when Macron re-energised supporters by rolling up his sleeves and holding forth for up to seven hours in town hall meetings, the 41-year-old president remains a force to be reckoned with. Undecided voters can still make a difference, analysts say.

By In Cyprus
Previous articleBlast near shrine in Pakistan, nine dead – police
Next articleWorsening conditions for poor households