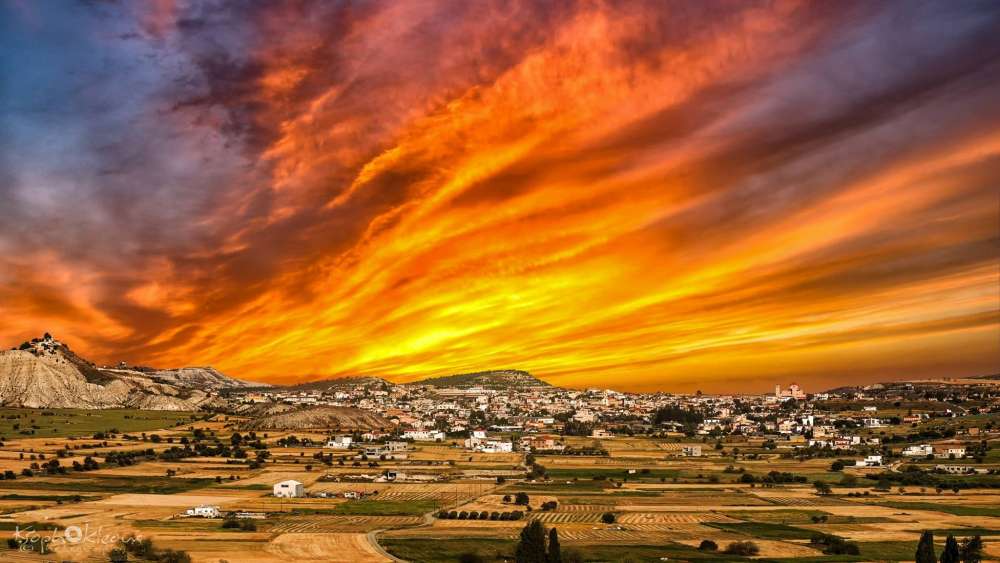 The frontier village of Lymbia is built in the heart of the island and at a distance of only 27 kilometres from the capital city. It is located at an extremely advantageous position, since it is in the middle of two urban centres, the ones of Lefkosia and Larnaka, something which contributed to the development of the community.

In the north, the village borders with the occupied village of Louroutzina, in the southeast with the Turkish-cypriot village of Koshi, whereas in the northwest with the municipality of Idalion.

Historical Data
A Pre-Christian housing with ancient tombs was discovered at a location east of Lymbia named “Ftelia”. In fact, this location is linked, according to some researchers, to the naming of the village, since it used to be called “Olympia”.

A 15th century reference testifies the existence of the village at that time. In particular, in 1461, Georgios Voustronios mentions that the king of Cyprus conceded Lymbia to Mouzios Constantzos. However, Lymbia, as Karouzis remarks, does not appear on Venetian maps.

Local traditions, as the Community Council preserves, claim that “the village of Lymbia was formed by refugees who had come from neighbouring housings that had been dissolved in various periods and due to various causes”. A local tradition has it that the foundation of the village is dated back to the end of the 16th century, in 1570, when the Turks attacked neighbouring villages and forced the residents to seek shelter on some farms that existed at the location where the village is presently built. 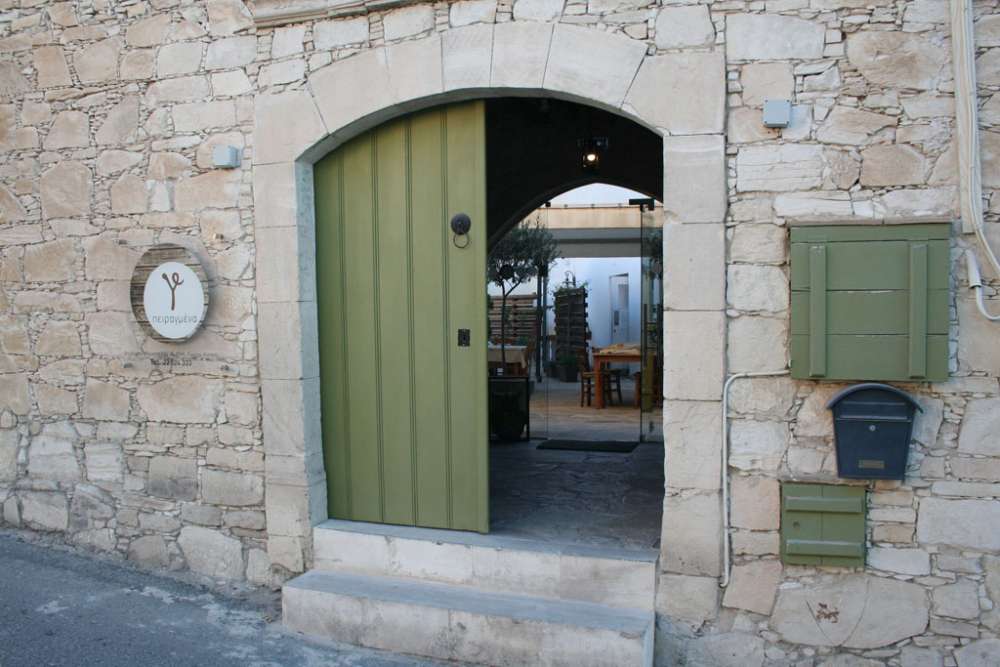 Naming
There are various versions regarding the naming of the village. The most well known versions are the following:

The first version claims that the naming of the village is linked to the Cross placed by Saint Helen on a peak of mount “Stavrovouni”, which was named “Olympos” after the thymele of Zeus which existed on that peak. As the residents distinctively remark, the Cross which was named “Olympatos” “left by itself” when the Saracens raided the area in 1426 and stopped on a peak of our village, on which today stands the well known Chapel of Timios Stavros. Therefore, according to this version, the name of the village derived from the “Olympatos” Cross or, as others call it, the Cross of Olympas.
One of the versions which is considered by most people to be the correct one mentions that the name of the village derived from an old housing which was named “Olympia” and which gave the village its present name “Lymbia”. In particular, this version, as the Community Council suggests, is the correct one since ancient tombs of the old Pre-Christian housing “Olympia” were indeed discovered at the location “Ftelia” east of the present village.
Tradition has preserved another version which states that the naming of the village is linked to local games held in the area and which were similar to the Olympic Games. These games were held on a hill, east of ancient Idalion, known as “Vounari tou Apolli” or else “Vounari tou Poli”.
Population– Professions
The community of Lymbia has followed, from 1881 until today, an upward populating course. The people of Lymbia did not abandon their village, this way contributing both in the increase of the population and the financial growth of the community, as it is underscore by the “Voice of the Communities” in a relevant article dedicated to the village. In fact, several people from Lymbia, taking advantage of the village’s geographical position, work either in Nicosia or Larnaka.2800

Since the very early years of its existence, the residents of the village dealt with stock-breeding and have today developed modern units breeding cows, sheep and poultry. The turn towards stock-breeding was deemed necessary, since dealing with dry farming was not particularly profitable despite the construction of a small dam which solved the problem of irrigation.

Abrief “tour”
Touring the village of Lymbia, apart from the churches, one encounters the primary school and several community buildings such as the Children’s Multi-powered Centre which houses the State and Community Nursery School, the Pre-school, the Baby and Infant department and the Children’s Club. Also in operation are the Community Infirmary, a Community Library, a Community Choir and a mini football pitch.

In the community there are service shops such as supermarkets and kiosks, as well as recreation businesses such as cafes and billiards.

Courtesy of the Community Council of Lympia