Lute to return to Cyprus ahead of Berlin meeting 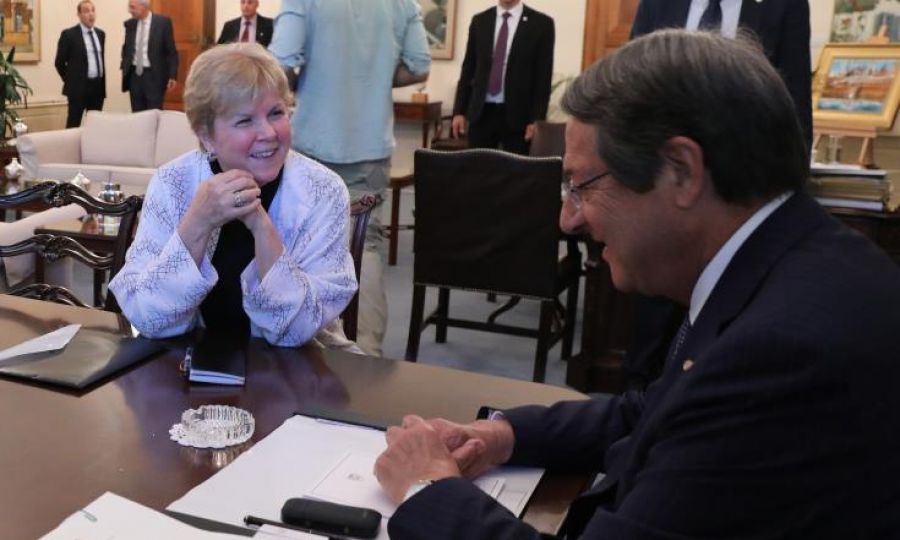 In mid-November, the UN Secretary General’s Special Envoy for Cyprus, Jane Holl Lute will be in Cyprus to prepare for the meeting of the leaders with the SG in Berlin. The announcement was made by President of the Republic of Cyprus Nicos Anastasiades in Limassol who told reporters that Lute will be in Cyprus on 15th November for a meeting with him the following day at 1830 local time.

“It is a preparation held because of the meeting that will take place on the 25th November in Berlin with the UN Secretary-General”, he said.

Asked if he is optimistic about the meeting himself and Turkish Cypriot leader Mustafa Akinci will have with Antonio Guterres, the President said he hoped there will be results “if the other side possesses the same determination and political will we possess”.

A Presidency statement said the relevant invitations have already been sent to the council members.

By In Cyprus
Previous articleRare celestial event on Monday, November 11
Next article“NEMESIS – 2019” to be carried out next week