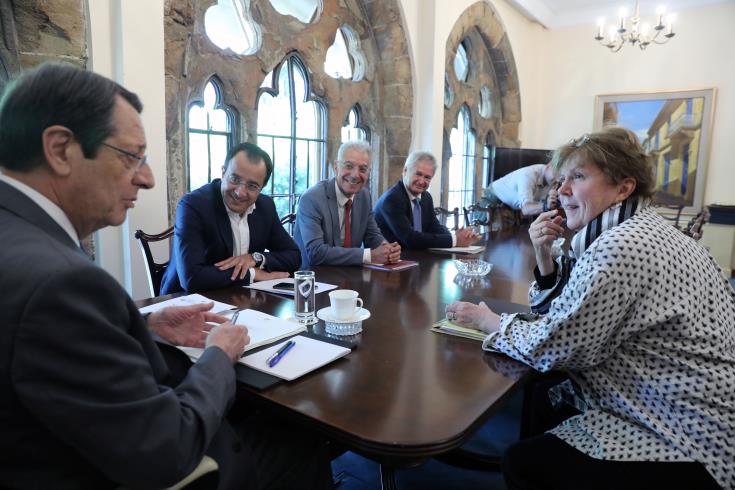 UN Secretary General’s special envoy, Jane Holl Lute, holds on Saturday separate meetings with Cyprus President, Nicos Anastasiades, and Turkish Cypriot leader, Mustafa Akinci, ahead of a meeting which the UN Chief Antonio Guterres will have with the two leaders on November 25, in Berlin.

CNA has learned that Lute arrived to Cyprus on Friday and had in the afternoon of the same day a meeting with the UNSG’s Deputy Special Adviser and Special Representative in Cyprus, Elizabeth Spehar, for an update.

In his report about his good offices mission in Cyprus, an unofficial copy of which was handed over on Thursday evening to the UN Security Council members, Guterres said that he continues to hold out hope that a durable settlement to the Cyprus problem can be achieved and urged all parties to take advantage of this period of consultations “to lay the groundwork for fresh and unambiguous commitments to achieve a peaceful settlement, which has eluded Cypriots for so long.”