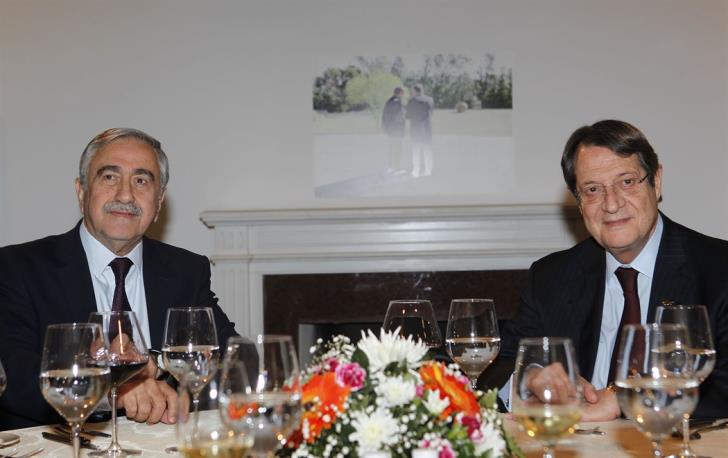 According to sources and given the disagreements between the two sides and all that took place during the past nine months, what will be pursued at the Anastasiades-Akinci dinner will be the rekindling of hopes that reunification negotiations could restart. This is what the Greek-Cypriot side opts for and will try to succeed through the United Nations intervention. Mustafa Akinci, while not on the same page, may take a constructive approach by agreeing to participate in future talks in view of the next natural gas drilling next Fall.

If there appears to be any progress from tonight’s meeting or from a potential second meeting between the two leaders, then the General Secretary may appoint a new special envoy, who would be able to move between the two sides in Cyprus, as well as between the three guarantor powers, especially since a restart of negotiations would mean their return to where they were left at Crans Montana last July.

The attention of the international community and especially the main players in the Cyprus issue (Turkey, USA, United Kingdom, United Nations) is on the Syria crisis. This, however, has its positives since there will be room given and less pressure for those involved in talks regarding Cyprus.