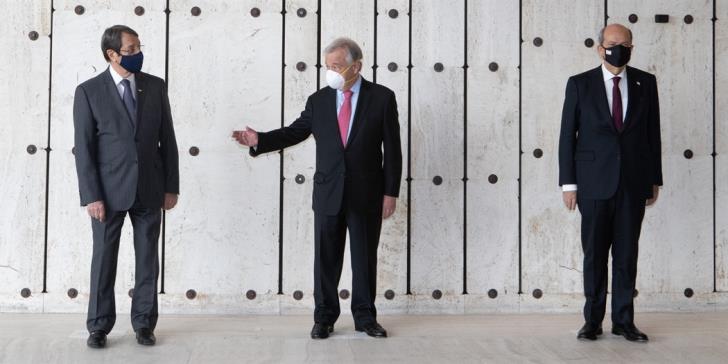 This is what Philenews reports citing insiders from New York where the luncheon is set to take place on the sidelines of the UN General Assembly.

The aim is for UN-brokered reunification talks to resume but the thorn is the Turkish side’s insistence that these should divert from UN Security Council resolutions.

And be based on a two-state solution instead – something which is unacceptable by all concerned except Turkey and the Turkish Cypriots.

What is expected to be agreed upon during the luncheon is the appointment of a new personal envoy of the UN Secretary General.

That is, one who will be appointed as a replacement for Jane Holl Lute who stepped down this week.

This clearly satisfies the Turkish side which has made clear it would only accept the appoinmtne tof a personal envoy with limited terms of reference and unattached from relevant UN resolutions on Cyprus.

Cyprus is divided since a 1974 invasion by Turkey which still maintains troops in the breakaway northern part of the EU member island.

At the same time, Nicosia has finalized its positions in view of the trilateral meeting with insiders saying it will support a decentralized federation in a reunited state.

And that this will be achieved through a “roadmap” with the first step being the signing of a strategic agreement (interim solution).

The second one is to return to the Constitution of the 60’s and, thirdly, to start negotiations for a final solution that will be a decentralized federation.

By Annie Charalambous
Previous articleDead fish, plastic bags spotted floating in Kryos Potamos river-PHOTOS
Next articleNot too many citizens aged 86 and above get Covid booster shot so far