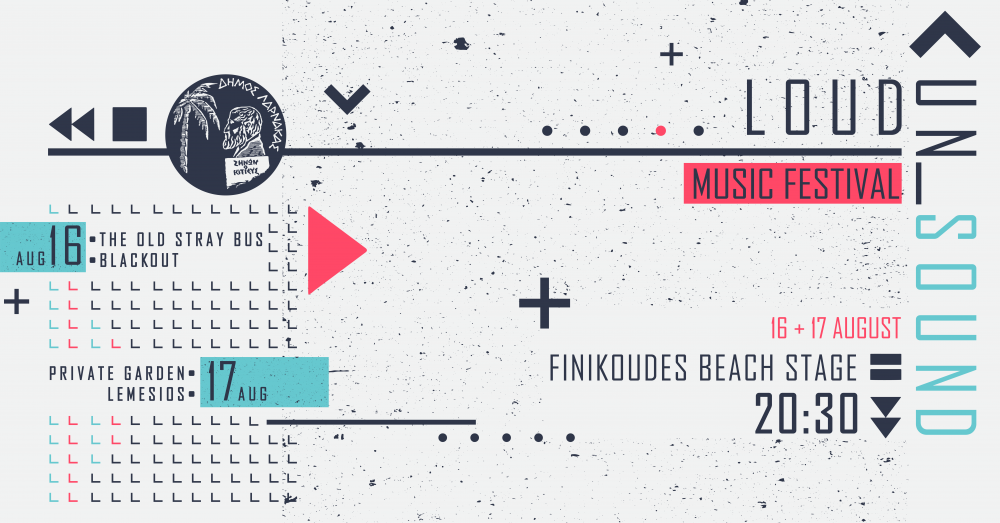 As part of its summer events, Larnaka Municipality organizes, for the first time, the two-day music festival «Loud UnSound». The festival will take place at the central stage of Foinikoudes Beach on Friday 16th and 17th of August 2019 and will host bands from the broader music scene of Cyprus. On the first day, the rock band «The Old Stray Bus» will be opening the festival with its groovy riff and vitriolic humor. Later on, the reggae–ska band «Blackout» will take the tsage to perform an uplifting playlist from both the Greek and foreign reggae. On Saturday 17th of August, the Garage-Rock band «Private Garden» will appear first on stage and will play original songs as well as covers with intense elements from rock and indie music. The curtains will be closing with the Alternative band «Lemesios», who will perform original songs of the band as well as coverings with strong elements of rock, electronic and cinematic music.