Long waiting lists at hair and beauty salons ahead of reopening 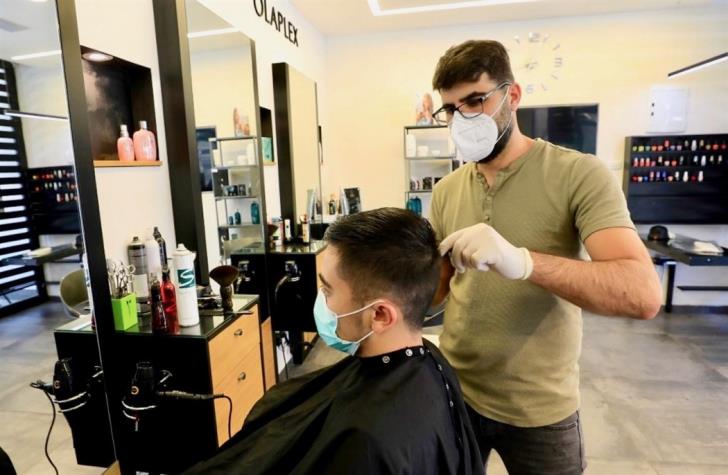 A ‘pandemonium’ is expected as of next week at the island’s hair salons and beauty centres, Despina Psyllou of Phileleftheros reports, with the sector’s representatives reporting long waiting lists as customers are anxiously seeking for appointments on the first days of reopening.

“Everyone wants an appointment. People haven’t had a haircut in two months,” said President of the Pancyprian Federation of Hairdressers & Barbers Nakis Pantelides.

“This is unprecedented for us, to have such great pressure and demand for hairdressers’ services. We did not expect such great demand,” he added.

Asked what services people are mostly looking for, he said that men mostly book haircuts and women want to dye their roots.

He noted that many customers are pressuring for an immediate appointment.

He mentioned that in some cases there are month-long waiting lists, which, beyond the demand, he attributed to the measures in place.

“Before the pandemic, you could work on many customers at the same time, which is not the case now. In between appointments you need time to disinfect the space. For some small hair salons, the number of staff has also gone down due to their available space, therefore the number of customers you can also accommodate daily goes down by 60%,” he explained.

As regards the measures, Pantelides believes that air conditioning will be the greatest issue.

“Many businesses have glass windows, which means scorching heat, and add to that the heat emitted by hair dryers. We need a solution to this,” he explained.

He finally stressed the urgency of a financial boost to hair salons by the government and mentioned that 2,600 face masks for hair professionals across Cyprus have been provided by the state in collaboration with the Ministries of Health and Finance.

Speaking on behalf of beauticians, President of the Cyprus Association of Beauticians Vakia Ioannidou said that many appointments are flowing in from customers who seek body treatments after two months that beauty centres remained closed.

“The greatest demand is for slimming massages and waxing treatments.

“The first week will be difficult for all of us as we are expecting a pandemonium, as was the case in Greece,” she said.

Asked about challenges brought about by the measures, she too stressed the issue with the requirement to keep the air conditioning off.

New rules for hairdressers and barbers as reopening nears